About one in three working Americans switched jobs over the past two years, and better pay was the most common reason, according to a new PBS NewsHour/NPR/Marist poll. Even if they didn’t change their employer, the poll found, six out of 10 people working for pay in the US received raises, especially young Americans, college graduates and Democrats.

To stay or go?

Since younger people are more likely to change jobs than older people, these findings are consistent with what’s to be expected, said Claudia Goldin, a professor of economics at Harvard University.

And when it comes to why people changed jobs, the fact that those who aren’t at the top of the income scale were looking and finding new work probably isn’t a fluke.

Why people got new jobs 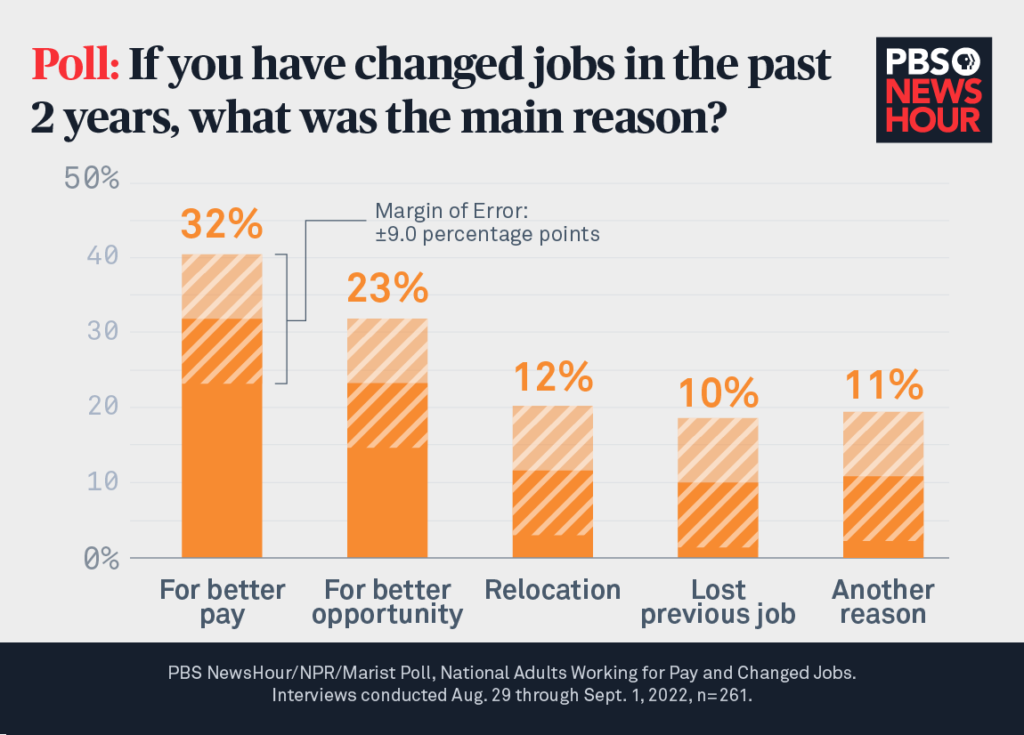 The number of workers changing jobs for better pay reflects the tight labor market, even though it isn’t a particularly large jump from 2018, Goldin said. To her, it’s something of a surprise that so few people said they changed jobs for more flexible hours or the ability to work remotely.

WATCH: How the pandemic led to a significant decline in child poverty

“I would have expected those to be larger,” she said.

Barbara Carvalho, director of the Marist Poll, said that pay and opportunity are historically the top reasons people change jobs, and she was surprised that the poll showed nearly half of respondents had other motivations.

Economists say the COVID pandemic, its shocks and stressors, have driven Americans — particularly millennials — to reexamine their work lives. For some, that means quitting, considering a career change, or moving to other opportunities. Low unemployment and a tight market have been supporting this trend. But interest rate hikes by the Federal Reserve aimed at curbing inflation, including the latest three-quarters of a percentage point increase on Wednesday, are expected to drive unemployment back up.

READ MORE: Why only certain people can ‘quiet quit’ 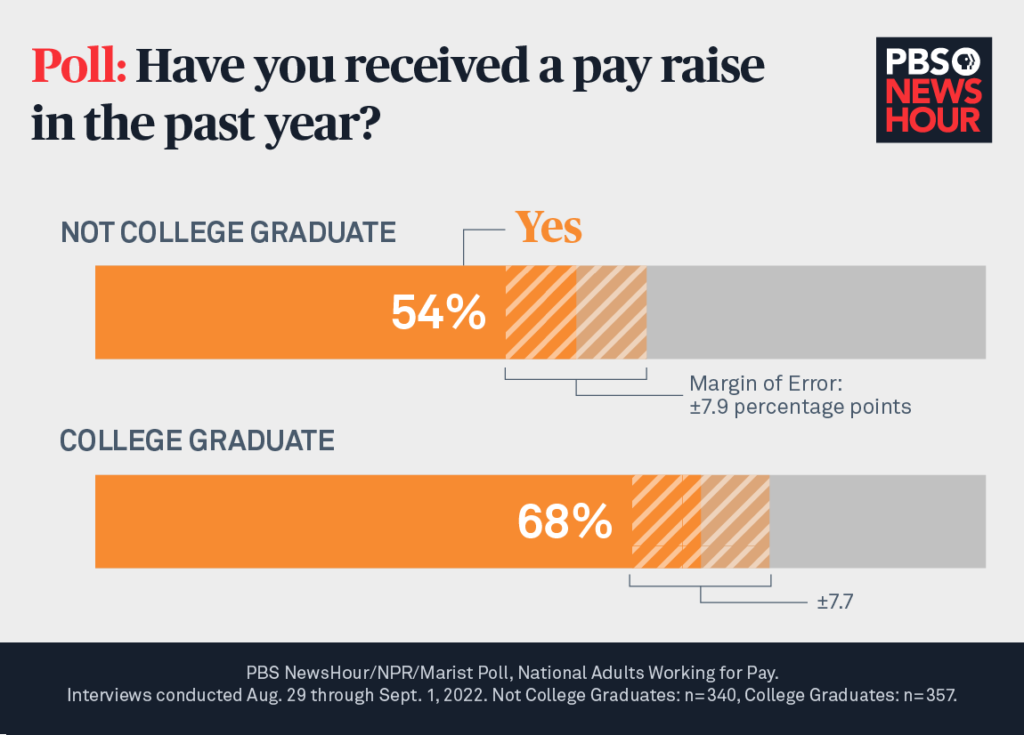 The fact that college graduates were more likely than non-college grads to be employed, and much more likely to have gotten a pay raise, could be reflected in the political breakdown, Carvalho said. Data shows Americans without a college degree now largely support Republican candidates. 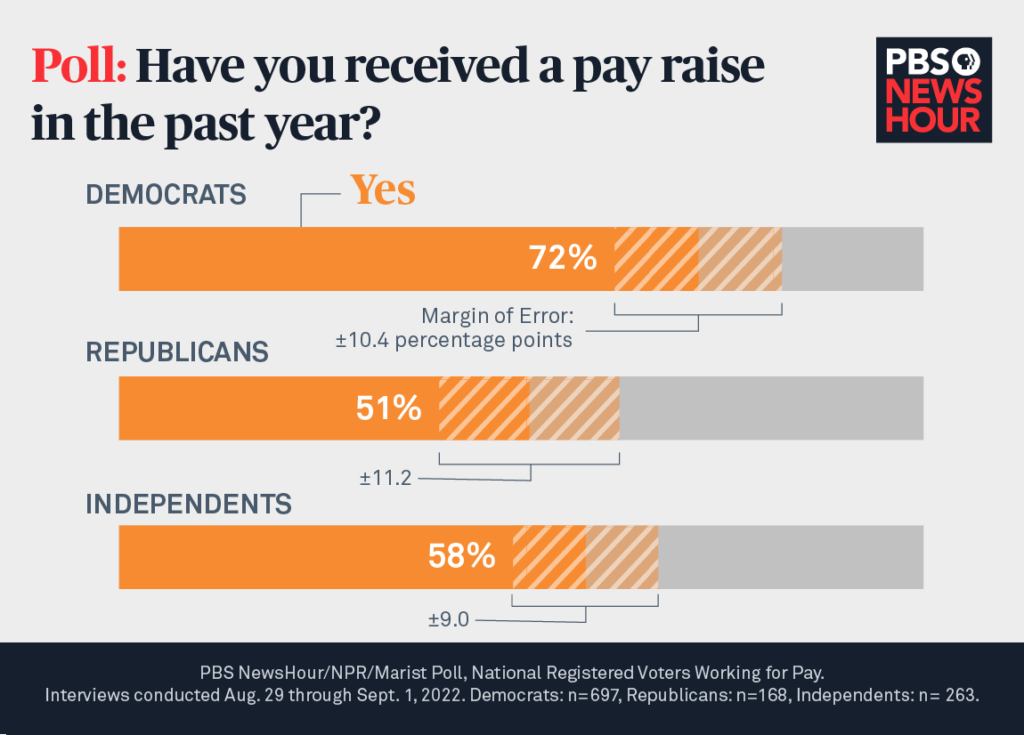 “I think it’s very, very significant that when we look at people who say they supported Trump, a majority of them said they didn’t get a raise in the past year. And when we look at people who supported Joe Biden, nearly three-quarters — more than seven in 10 — said they did,” Carvalho said. While union members and working class Americans used to form the bulk of the Democrats’ base, many of those people now vote Republican. That huge gap could explain why Democrats see the economy more positively than Republicans do, Carvalho said, and why Republicans were more likely to say they’re cutting back on spending than Democrats.