Emmy Rener said she can pinpoint the moment she believed her charcuterie passion could become a fully-fledged career.

The 20-year-old University of Southern California college student told Insider she grew up making cheeseboards for family parties. But it wasn’t until March 2020 when a friend’s father offered to pay to fly her to Miami to help cater his 60th birthday party that she began to see her childhood hobby as a business.

Arriving at the venue, Rener – then a high-school senior – said she remembered meeting a private chef who’d also been flown into town to supply food. When she tried to ask him about the use of a nearby table, she said he told her: “Oh yeah, don’t touch that. The charcuterie artist is coming in to do a display there.” 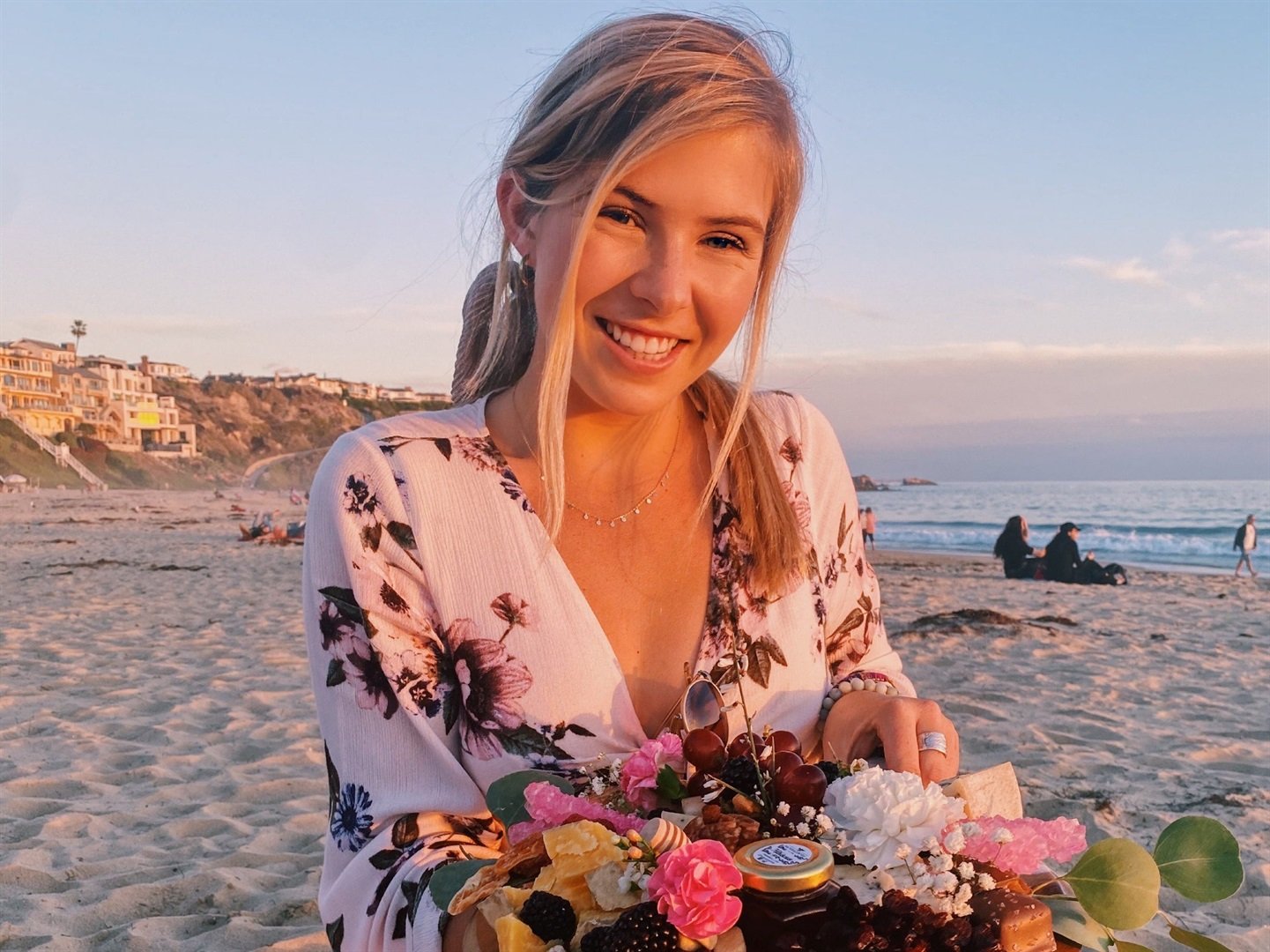 When he saw her begin to assemble a spread, Rener said he promptly made his way over to apologize. And not only that – he said she should consider starting a business. “It was such serendipitous timing,” Rener said. “He planted that seed in my head.”

Fast-forward two years, Rener is the proud owner of Sophisticated Spreads, a charcuterie business she said brings in six figures per year.

Her clients went from neighbors to celebrities like Sofía Vergara

While Rener said she now charges up to $25,000 (around R413,000) for charcuterie spreads, her business had humble origins.

In the wake of the pandemic, Rener said she put college on hold to pursue Sophisticated Spreads by herself.

Over that first year, Rener employed a few high-schoolers whom she paid in cash to deliver boxes of charcuterie. Most of them are still involved with the business today, she added. A grazing table made by Rener.

The next big leap was going from delivering to neighbors to targeting Los Angeles-based influencers with a large following. “It was all pro bono. I was just like, ‘Hey if you wanna support me and if you wanna post about it, great. If not, no worries,'” she said. “That took off like wildfire. I mean, people were so excited to post about it.”

Another way Rener got her name out there was through creating her @sophisticatedspreads TikTok page in December 2020. The page has over 239,800 followers as of Tuesday, and includes videos of Rener criticizing store-bought cheeseboards and sharing client stories — like the time she says she accidentally catered a wedding with 100 guests.

The page has helped Rener develop more interest in her business, she said. In a TikTok video from August 4, in which she explains how her business “blew up,” Rener said she got a shout-out from Jessica Alba, delivered charcuterie to Sofía Vergara, and now “casually” delivers to “celebrities on the regular .”

How Rener stands out in a ‘saturated’ charcuterie market

For Rener, carving out a niche in the world of charcuterie was a process.

“When you’re in the cheese world, you know that there’s competition,” she said. “It’s definitely a saturated market.”

To distinguish herself, she focused on the quality of the products she was sourcing for her spreads. “A lot of the people who are making these boxes are getting literally everything from Costco or Sam’s Club or Trader Joe’s,” she said. Instead, Rener contacted cheesemongers throughout California to discover more about the process and educate herself in the food group she said she considers the star of any charcuterie board.

Doing the outreach has meant all of the cheese used in a Sophisticated Spreads board comes from artisan creameries, whose owners she now knows well. “It’s all about sourcing and what you put on the board,” she said. “If you’re using the right ingredients, you’re 90% of the way there.”

Despite her success, Rener says she still isn’t motivated by money

After taking a year to start Sophisticated Spreads, Rener said she enrolled in university as a business major minoring in public relations with an emphasis in entrepreneurship.

In order to get her degree and keep her business going simultaneously, she said she’s relied a lot on her father who is her “sounding board for everything.”

“I’m the creative person. And he’s definitely the more organized person,” she said. A Sophisticated Spreads charcuterie board.

With Sophisticated Spreads in safe hands, Rener said there are a few things she’s considering to help take her career to the next level, including possibly opening up a storefront in the future and studying abroad in France to learn more about the art of charcuterie.

Whatever she decides, one thing is for sure — Rener won’t be motivated purely by money.

“I have never really been driven by finances for this business,” she said. “It’s always been more of a labor of love.