Best of Korean crafts on show

The best of Korean crafts are on show through Sunday at Changwon Exhibition Convention Center, in Changwon, South Gyeongsang Province.

A total of 229 winning handicraft works from this year’s Korea Crafts Competition are displayed at the exhibition, as well as 90 previous winning works. This year, more than 2,012 works were submitted across six categories: wood lacquer, ceramics, metal, textiles, paper and others.

Winning the top honor of the presidential award was a tea set by artist Jung Ji-yun.

Titled “Cha-gok Cha-gok” — a combination of the Korean words for tea and grain which also has the meaning of “to pile neatly” — Jung’s set of teaware and liquorware combines simple designs with the blue-greenish color of celadon, according to the Korean Federation of Handicrafts Cooperatives.

The “bok” character in Hanja, meaning “blessing,” is featured in his pieces in hopes of finding comfort and joy while drinking tea, according to the artist. 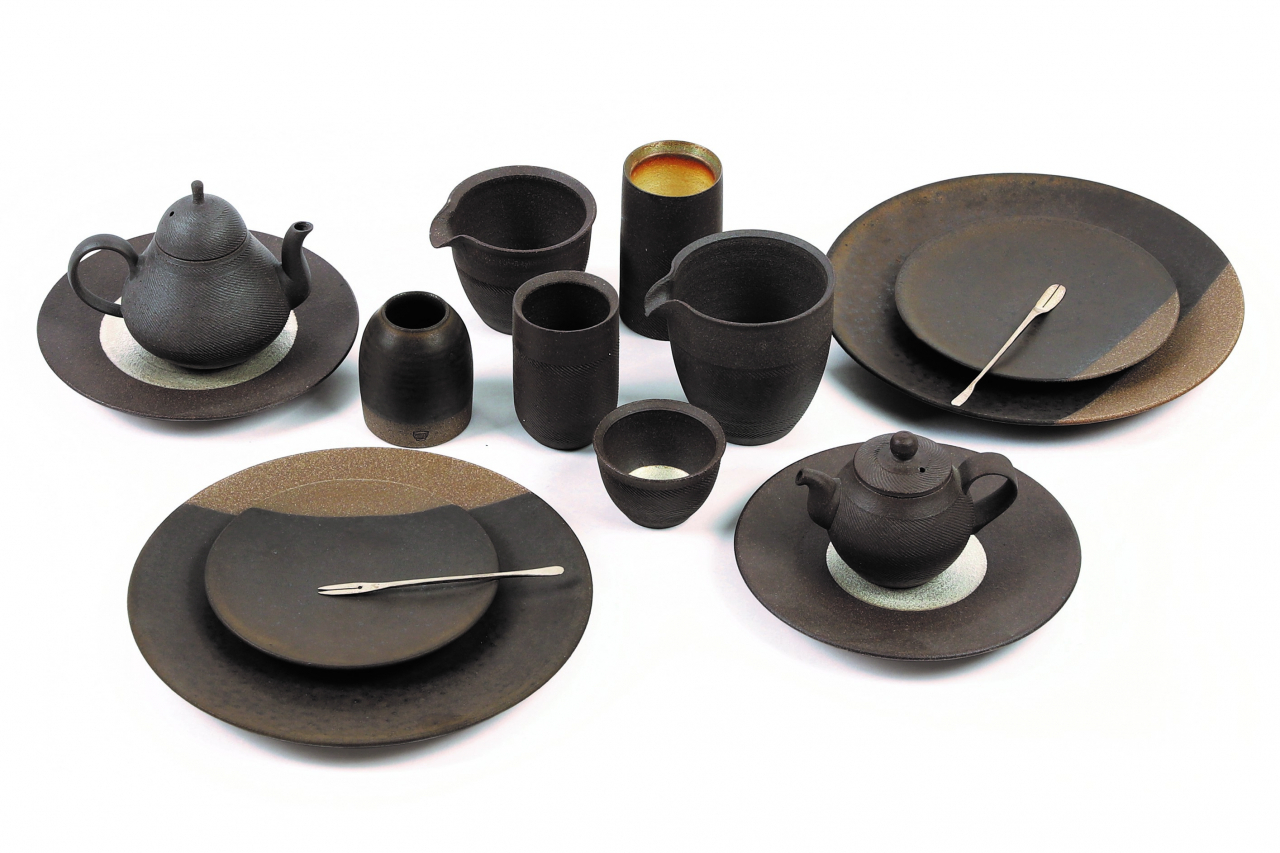 A tea set by In Hyun-sik

Another ceramic work by artist In Hyun-sik won the second prize of the prime minister’s award.

In’s tea set is made from black soil and fired at 1,270 degrees Celsius without glazing oil. The inside of the teapot has been lacquered with silver to show the tea color, which also softens the taste of the tea, the artist explained.

Four sets of handicrafts — a set of calligraphy and painting supplies, a set of plates made from metal, a celadon teapot set and a traditional Korean wooden chest — won the third prizes.

The awards ceremony was held along with the opening ceremony for the exhibition at the convention center at 2 pm on Thursday.

Visitors can also look around handcrafted products at an open market for craft workers and sales booths introducing regional collections from 16 provinces and cities.

Celebrating its 52nd anniversary, the Korea Crafts Competition exhibition is jointly hosted by the National Intangible Heritage Center under the Cultural Heritage Administration and the Korea Federation of Handicrafts Cooperatives, to promote the development of the Korean craft industry.