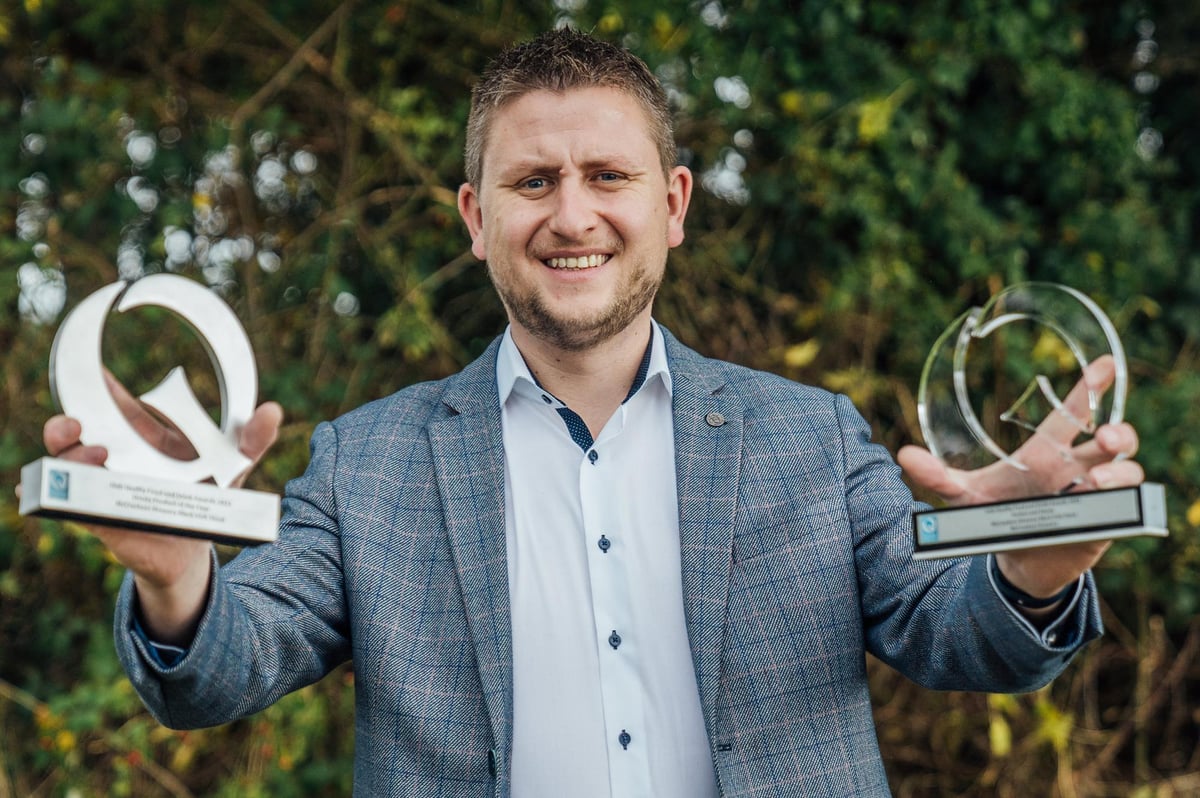 Craft brewer Ryan McCracken is celebrating a major sales success in Britain which will see his ales available to millions of online shoppers through the Amazon digital food and drink channel.

The deal with Britain’s biggest digital food service is a major boost for the Portadown brewery following a significant investment in new equipment to grow business in the huge marketplace outside Northern Ireland.

And the first order from Amazon proved to be much bigger than Ryan anticipated.

Ryan explains: “We were contacted by a specialist distributor in Great Britain a few months ago. The distributor, which is focused is on selling products directly into Amazon, came across our beers at an event in Britain and thought that we would be an ideal fit for Amazon.

“Having a direct channel into Amazon like this is an excellent opportunity for a small brewery like McCracken’s. What it does is to give us a UK-wide reach and means we can have our beers in homes in Britain next day when ordered through Amazon Prime. This is perfect for a last minute gift or just in time for the weekend.”

And it’s also in line with Ryan’s strategic focus on accelerating sales there.

Another boost came from the size of the order for his beers. Amazon has listed his Irish Red Ale, Black Irish Stout, Irish Pale Ale and a mixed case of beers for new customers to sample the full range of his products. The deal strengthens the brewery’s standing as among the most successful in Northern Ireland.

“We didn’t expect the volume to be so high initially,” he continues. “We were under the impression that the first couple of orders would be low volume. When the first order came through we misinterpreted their purchase order.

“We thought they were just taking a few cases of each up until the night before they were due to collect their order. Luckily, we checked again and found it wasn’t just a few cases. The order was for a few pallets! We burned the midnight oil and managed to get everything ready in time for collection the following morning.”

The brewery, which developed from Ryan’s home brewing hobby, has since won a host of awards for quality and outstanding taste. These include UK Great Taste Awards and, most recently, a gold in the Irish Food and Drink Awards for its Black Irish Stout and overall Best Drink Product of the Year 2022. Ryan was, in addition, shortlisted in the Great British Food Awards.

Ryan is justifiably jubilant to be featured online on the busy Amazon e-commerce site. What makes the deal with Amazon so significant is the fact that almost 90% of UK shoppers now use the digital channel with 15 million subscribers to the Amazon Prime service. Amazon, moreover, is among the fastest growing food and drink suppliers.

He had invested substantially in the brewery before lockdown and continued to keep the small operation going through off-sales and online business particularly in Britain. While the coronavirus lockdowns hit all craft brewers hard, Ryan continued to invest in the brewery and is now beginning to see benefits from his faith in the post pandemic future. He invested in a new kegging line prior to lockdown.

Upgrading systems tripled production and allowed him to expand into other markets and minimize any potential risk in certain sectors. His drive for export-led growth resulted in business in Italy, for instance.

Ryan, who founded the brewery in September 2018 in his garage, has also worked with Rademon Estate Distillery in Crossgar, Co Down, home of the multi-award winning Shortcross Gin and Irish Single Malt Whiskey on exploring opportunities in Britain, receiving good orders from individual beer lovers. This business also attracted interest from potential distributors.

The brewery has a broad range of bottled-conditioned ales and is also supplying ale in cask and keg formats. He has extended the range hand crafted in the brewery with his four-strong team to include an American Pale Ale and a German Hefeweizen. He has just launched his Premium Pilsner in keg format.

Ryan is passionate about the business and his range of beers, regularly adding to his portfolio.

He added: “I love brewing and everything about it, from taking an idea of ​​a recipe, turning it into reality, taking the first sip and then seeing other people really enjoying something I’ve created.

“I also love my sales days where I get out and meet new and existing customers and feeling of achievement when I’ve made a sale.

“It’s also really rewarding building up relationships with our existing customers, half the time when out on deliveries I spend more time chatting to our customers than I do on actual deliveries!”