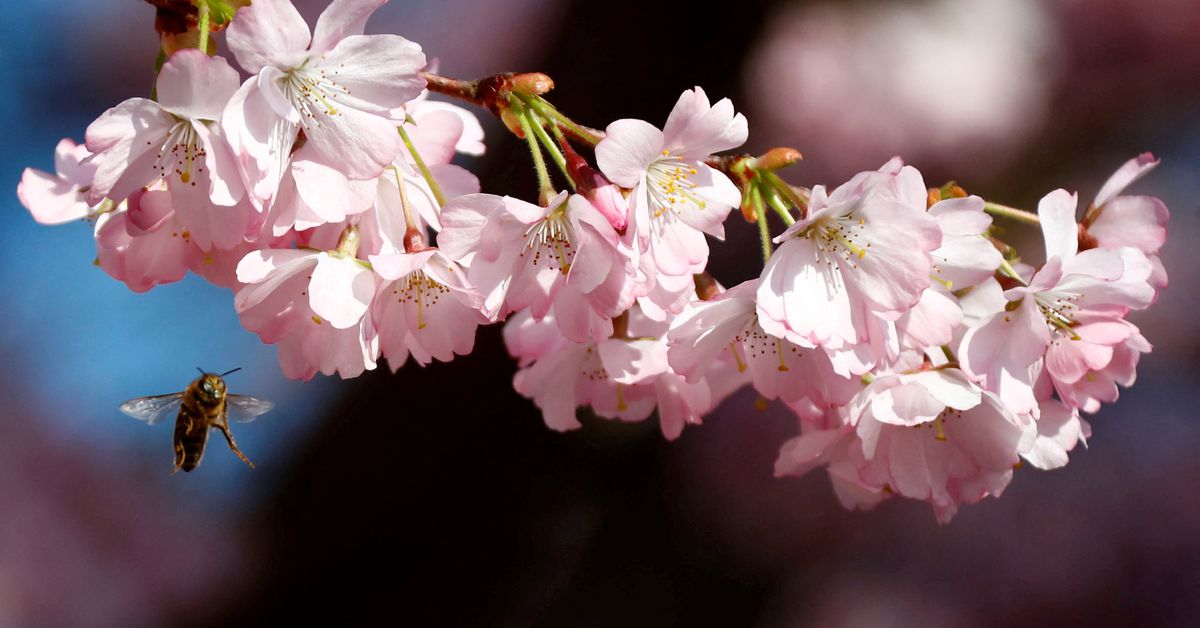 BRUSSELS, Jan 24 (Reuters) – “Buzz Lines” for bees and other pollinators where they could move across Europe and find food and shelter were among measures laid out by the EU’s executive body on Tuesday to reverse the decline of the insects vital for crop production.

The seven-year plan presented by the EU will also increase monitoring of the insects across the 27 member states, aiming to halt population decline in pollinators that are crucial to the majority of crops and wild flowers.

The European Parliament and the Council, representing EU governments, will need to endorse the plan. EU members will then have to identify measures to reverse the decline of pollinators by 2030, which will be a legal requirement under the EU’s Nature Restoration Law.

Mitigating pesticide use and enhancing pollinator habitats in agricultural and urban areas were also recommended by the Commission, and the body will monitor emergency authorizations granted for harmful pesticides and prohibit use where not authorized.

France, for example, has dropped plans to allow sugar beet growers to use a pesticide banned over risks to bees after a European Union court rejected such an exemption.

The plan is a revision to a 2018 initiative that sought to improve knowledge and public awareness of the decline of pollinators. The EU has also restricted the use of three neonicotinoid pesticides that post a high risk to bees.

However, a review found that current measures were not enough to reverse the pollinator decline.

(This story has been corrected to show the expression is “Buzz Lines”, not Buzz Lanes, in the first paragraph)