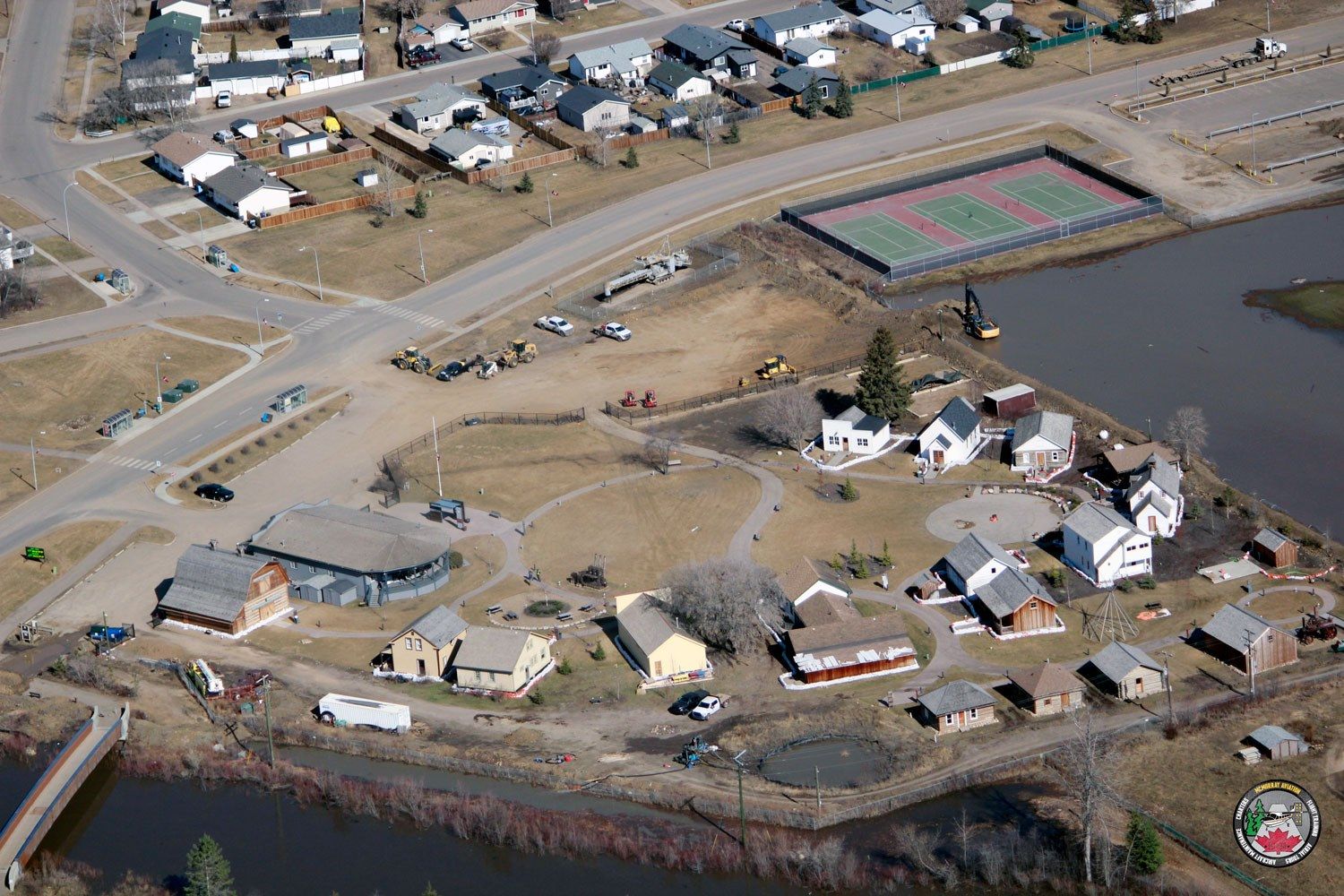 The municipality’s insurance provider is suing the Fort McMurray Heritage Society for $2 million for alleged damage and cleanup costs to municipal property during the April 2020 floods. The allegations have yet to be proven in court.

Bennett said it is common for insurance policies to allow subrogation, which is when the insurer files lawsuits in the insured’s name when a third-party allegedly contributes to a loss. MUNIX has already compensated the municipality for damages to Keyano Field.

“This is a legal right that belongs to the insurer when the municipality makes a claim; in this case it’s the insurer, not the Municipality, that is in control of the litigation against Heritage Society,” Bennett wrote in an email.

This berm was built using heavy equipment and made from clay and dirt. The lawsuit alleges construction was done “in a careless and reckless manner,” and any losses were caused “solely by the negligence” of the Heritage Society.

The Heritage Society is also accused of building a berm without municipal permission, using equipment not suited for the field, and using workers that were not properly trained for the job.

The $2 million is being sought to cover damages to the field and a chainlink fence, fees for soil and engineering tests, and removal of the berm.

The Heritage Society denied all of the accusations in a statement of defense filed last March. They argue that the municipality endorsed their actions, and that councilors and then-mayor Don Scott visited the berm site during the flood. They also say the municipality never tried stopping construction or keeping workers off the field.

The Heritage Society argues that even if their actions were negligent, the municipality is also responsible for damages to the field. The claim argues that the municipality’s flood mitigation plan for the lower townsite had failed, and people were not given enough notice to protect their property.

“Keyano Field is decades old and was in poor condition at the time of the April 2020 flood,” the statement of defense says. “The damages and losses alleged by the Plaintiff do not accurately reflect the condition and replacement value of Keyano Field, track or the fence.”

Verna Murphy, executive director of the Heritage Society, was a Ward 1 municipal councilor during the April 2020 flood. Murphy said she could not offer any comment beyond the statement of defense, but said she hopes the outcome of the legal fight will not hurt their insurance.

Heritage Village was severely damaged from a similar flood in 2013. The site was forced to close for nearly four years. At a cost of $12 million, all historical buildings were restored and a redesigned museum park opened on Canada Day in 2017.