France vs Australia: How to watch on TV and online, time, location, etc 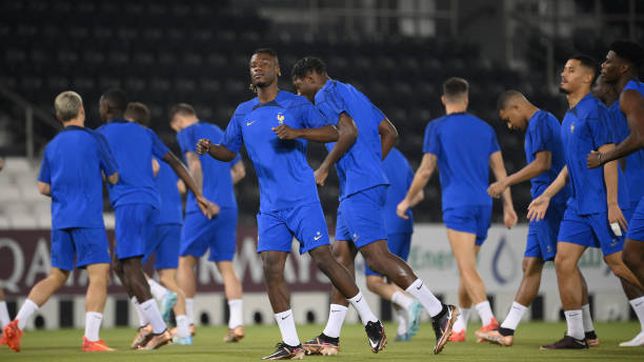 France will play Australia as they start their campaigns on Tuesday, Nov. 22 at Al-Janoub Stadium in Group D of the Qatar 2022 FIFA World Cup, with the game kicking off at 2 pm ET / 11 am PT.

Where can I watch France vs. Australia?

This stadium will feature the opening match for the defending FIFA World Cup champions, France, on November 22nd against Australia. The 40k seat venue will play host to one knockout match in the round of 16 (Sponsored by @qatarairways) pic.twitter.com/Tow5DBIMls

You can watch the TV broadcast of the France vs. Australian game live on FOX and Telemundo. You can also watch the game on the following streaming services in the US:

If you want to learn all about the teams that are fighting it out for the 2022 FIFA World Cup, we have all the information you need about the fixtures, dates, times, group stage schedule, and some details about each country, their star players, and their coaches in a handy World Cup primer.

The France vs. Australia matchup is one of the most anticipated games of the group stage, although the defending champions are the clear favourites to win both the game and the group.

Historically, France has had a better track record at the World Cup, more consistently reaching the later stages of the tournamentwhereas Australia has yet to get past the round of 16. France also has two World Cup trophies under their belt.

Even with the loss of a star player Karim BenzemaDidier Deschamps still has a lot of other talented superstars to count on, including Kylian Mbappé and Eduardo Camavinga.

Karim Benzema injured his thigh towards the end of France’s training session tonight. He is doing scans now but he is already out for the Australia game on Tuesday. He could also be out for the entire World Cup! @ESPNFC