The cuts will affect roles across product areas and regions, CEO Sundar Pichai said in an email to employees that was posted on the company’s website.

Affected US employees will remain on the company’s payroll for 60 days and receive at least 16-week salary in severance, in addition to other benefits.

Alphabet grew its workforce by more than 50,000 employees over the past two years as booming demand for its services during the pandemic boosted profits.

But in recent quarters, the company’s core digital ad business has slowed as the economic downturn and recession fears caused advertisers to pull back their spending.

“Over the past two years we’ve seen periods of dramatic growth,” Pichai said in the email released last Friday.

“To match and fuel that growth, we hired for a different economic reality than the one we face today.”

Pichai said the layoffs were part of an effort to refocus on the company’s core business, as well as its early investments in artificial intelligence.

“These are important moments to sharpen our focus, reengineer our cost base, and direct our talent and capital to our highest priorities,” he said.

Alphabet is set to report earnings for the three months through December 30 in early February, and Wall Street analysts are expecting the company’s revenue to grow just 1.7 per cent compared to the same period in the previous year.

That would mark a sharp slowdown from the 32 percent growth it posted at the same time last year. Analysts are also projecting net income will be down nearly 25 percent year-over-year.

The demand for digital services during the pandemic has also waned as people return to their offline lives.

Microsoft said last Wednesday it would cut 10,000 employees. Amazon also recently announced that it would lay off 18,000 people, Salesforce is cutting 10 percent of its staff and Facebook parent Meta has announced 11,000 job cuts. (Apple is the rare Big Tech company not to have announced significant layoffs in recent months.)

Last Friday, Wayfair said it would cut approximately 1,750 employees, in its second round of layoffs in less than six months.

Tech CEOs, from Meta’s Mark Zuckerberg to Salesforce’s Marc Benioff, have blamed themselves for over-hiring early on in the pandemic and misreading how a surge in demand for their products would cool once COVID-19 restrictions eased. Pichai also took the blame for Alphabet’s cuts.

“The fact that these changes will impact the lives of Googlers weighs heavily on me, and I take full responsibility for the decisions that led us here,” Pichai said.

But, he added: “I am confident about the huge opportunity in front of us.” 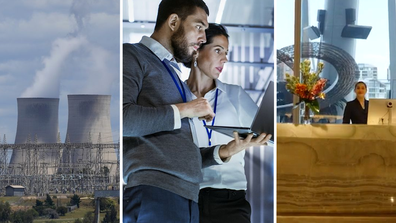