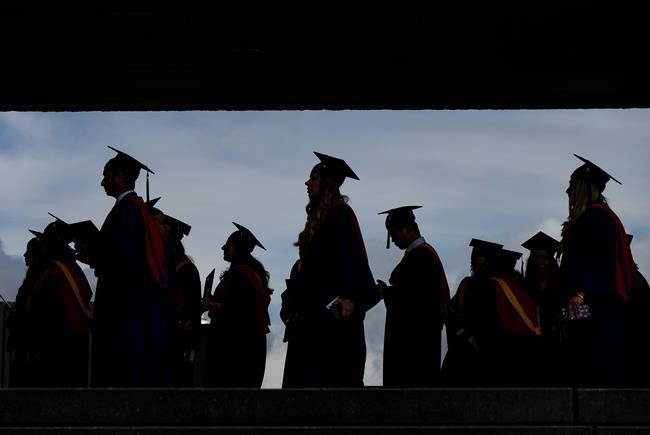 Lee Nisar has racked up about $50,000 in student loans. “I avoid looking at my student loan account for my own well-being most of the time,” said Nisar, who is a master’s student at Toronto Metropolitan University.

“I avoid looking at my student loan account for my own well-being most of the time,” said Nisar, who is a master’s student at Toronto Metropolitan University.

While loan payments won’t begin until after she graduates, she is preparing for when that time comes.

“I’m currently planning by trying to save as much as I can and putting money aside for the purpose of paying my loans,” said Nisar, who also has an undergraduate degree from the University of Guelph.

Post-secondary students and graduates can expect some financial relief starting next spring after Ottawa said it will permanently eliminate interest on federal student loans earlier this month.

Those with their finger on the pulse of personal finance and higher education say this move will not only help reduce some of the pressure young Canadians face as the cost of living rises, but also put them in a better position to pay down that post-secondary debt faster.

An average borrower will save $410 per year as a result of their federal student loan being interest-free, according to the government’s fall fiscal update.

Cassandra Melo, who has amassed more than 123,000 followers on TikTok with her personal finance videos, said the extra breathing room will allow graduates to analyze their income and expenses more easily so they can start planning how they will pay off their loans.

Part of that plan, in some cases, might include living with your parents a little bit longer.

“Almost all of my friends are still living at home, even though they work full time, which is saving them thousands of dollars a year,” Melo said.

She said some of her friends were able to pay back their loans and become debt-free within one to two years by keeping living expenses low.

“They were also able to achieve this by staying focused and not letting ‘lifestyle creep’ get in the way of them becoming debt-free, which involves becoming a master at delayed gratification and intentional spending.”

More than 1.8 million Canadian students owe the federal government a total of $20.5 billion, based on 2019 data from the Government of Canada website, with the average loan balance at about $13,367 at the time of leaving school.

Melo said one of the first steps in managing student loans is being aware of how much you owe even before you graduate.

“Simply make it a habit of logging into your National Student Loans Service Center account. Don’t stay oblivious when it comes to debt — be ready to face it head on and create a plan,” she said.

Other proactive steps students can take before they graduate include getting a part-time job while in school and applying for grants or scholarships, Melo said.

Finessing your resume and networking while you’re still in the middle of your studies could help with securing a job in your field quicker after graduation, she added.

Randolph Taylor, credit counselor at Credit Canada, said when trying to tackle student loans, it is important to maintain regular payments, adding that any disposable income should be directed towards the loan.

If someone has other debts as well, they should put more focus on the debt with the higher interest rate first, he said.

“You know, a lot of times, it’s really just for a few years. Just putting your head down and focusing on getting it paid. Then, once it’s done, it’s done. Then you can live the life that you earned,” Taylor got

He noted that people are generally able to handle their student loan payments after they are out of school because there are more options available to help compared with credit card debt or bank loans, such as the Repayment Assistance Plan.

The Repayment Assistance Plan, which allows graduates to pause student loan repayment until their income reaches a certain threshold, will still be available to graduates even though interest on federal loans will be eliminated.

The zero-payment income threshold for student loans recently increased from $25,000 to $40,000 for a household of one.

In addition, graduates have a six-month non-repayment period after they finish school.

“But it has always been tight, because people have rent to pay, their food to pay for and other expenses in life,” Taylor said.

Christian Fotang, chair of the Canadian Alliance of Student Associations (CASA) and vice-president of external affairs at the University of Alberta’s student union, said he is pleased with the federal government’s decision, and is hoping they go even further.

In the early days of the pandemic, Ottawa doubled the Canada Student Grant from $3,000 to $6,000 for full-time students. With this measure set to end by July 31 next year, CASA is calling for the permanent doubling of the grant.

“During a conversation with a student, they mentioned that the doubling of the Canada Student Grant made the difference for them being able to make it through the semester,” Fotang said.

Regardless, the federal government’s move is good news, Nisar said.

“Anything to lower the cost of repayment is good in my books.”

This report by The Canadian Press was first published Nov. 24, 2022.