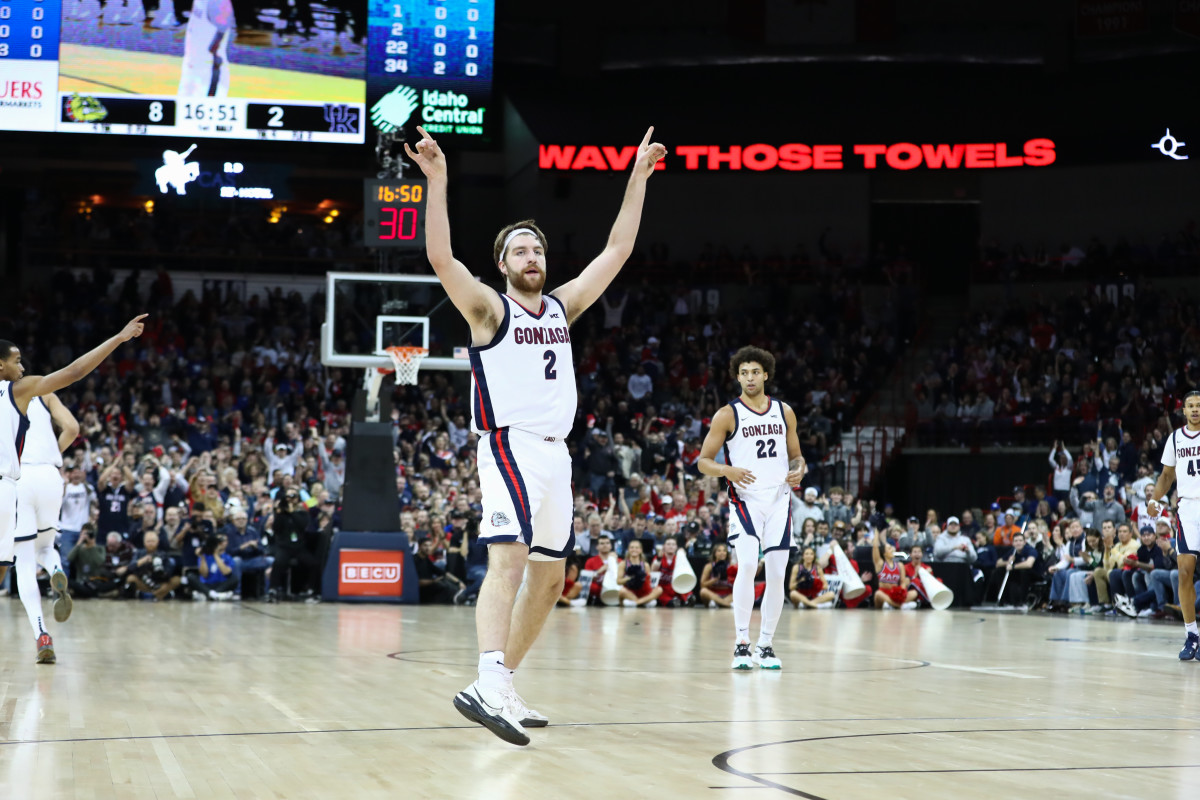 The No. 6 Gonzaga Bulldogs celebrate Thanksgiving with a game against Portland State in the opening round of the Phil Knight Legacy tournament Thursday night.

You can stream this game live on FuboTV (Start your free trial).

Gonzaga (3-1) dropped to No. 6 in this week’s AP poll after an up-and-down week last week.

The Bulldogs kicked off their week getting blown out by No. 4 Texas (previously No. 11) last Wednesday, but rebounded with a big 88-72 win over No. 15 Kentucky (previously No. 4) Sunday night.

Now, they open the PK85 tournament with a matchup against the unranked Portland State Vikings in Portland.

A win would send Gonzaga to the PK85 semifinals with a matchup against the winner of the Purdue vs. West Virginia game. If the Bulldogs lose, they will play the loser of that game in the consolation bracket.

Gonzaga last played in the Phil Knight Legacy tournament in 2017 when the Bulldogs took home third place following a 76-71 overtime win over Texas.

The full bracket for this year’s tournament is available below.

Check out Cole Forsman’s full preview for a closer look at this game.

Here’s how to watch tonight’s game:

How to Watch Gonzaga vs. Portland State

Who: No. 6 Gonzaga takes on Portland State in the opening round of the Phil Knight Legacy tournament on Thanksgiving

TV: This game will be televised on ESPN