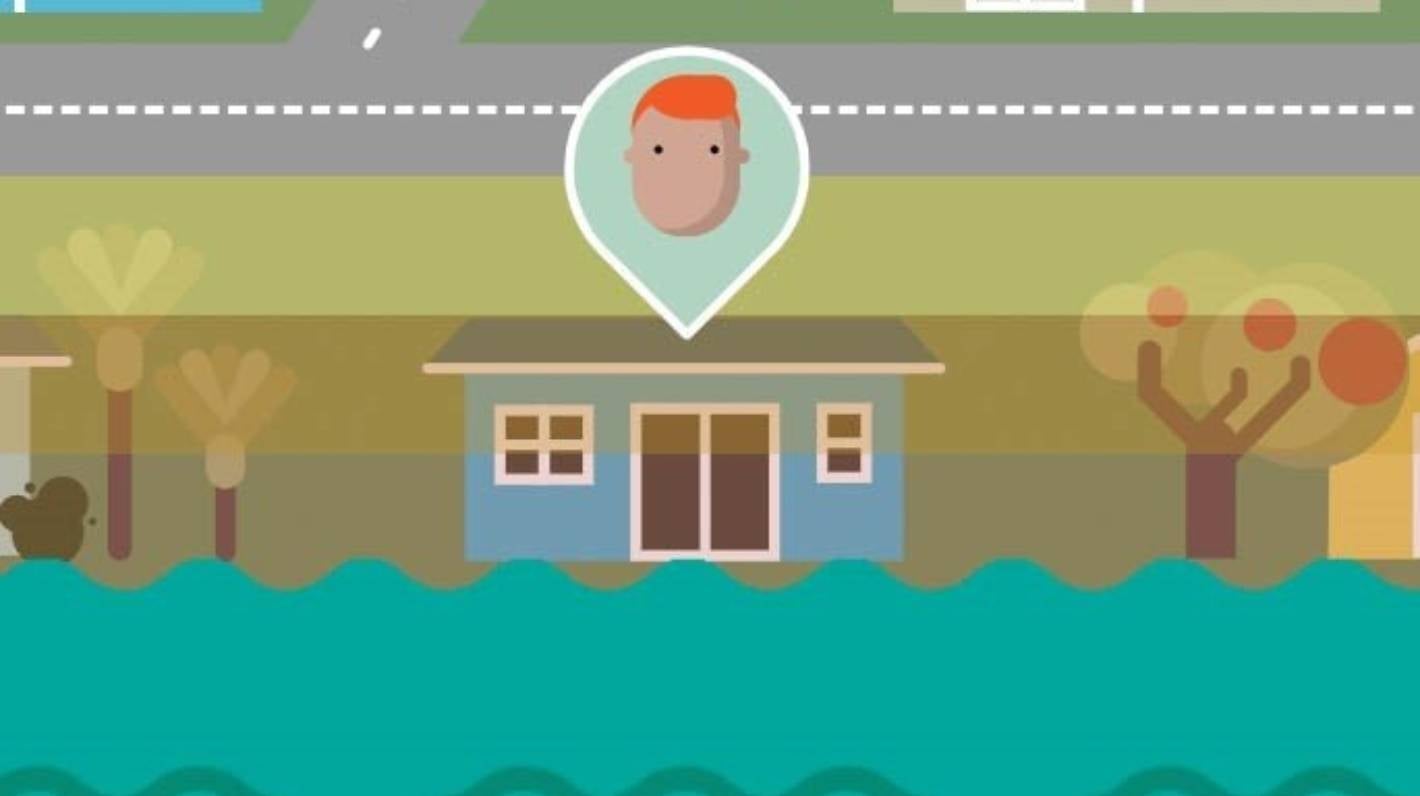 My kids are going to miss their beach home – but at least they’re safe.

My virtual kids are moping around the house, looking down the hill and missing the seafront property where they used to live. Only now it’s underwater.

It was a $2 million home, right on the beach – and I had $500k in the bank to do what I liked with. I felt like life had dealt a winning hand and I could have stuck with it.

The house is in a prime location, but we know the climate is changing and the sea level is rising. How do I keep my digital family safe?

A quick reality check: I’m 24, and none of this – apart from climate change – is real. But I’ve jumped at any chance to simulate the experience of owning a house, even if that means playing an environmental crisis video game where the ocean creeps ever closer to my beach front property.

READ MORE:
* A Shore Thing: The precious sand cliff being left to erode in Northland
* ‘Fear is unsustainable’: My worry and hope for my small home town
* ‘I’ll beat the sea outta here’: Port Waikato resident’s home on borrowed time

Niwa’s new online game, My Coastal Futures, takes players on a journey to make decisions about a coastal property as sea levels rise – making a complex problem such as climate change into a relatable experience.

Niwa social scientist Dr. Paula Blackett said they want the game to be a “learning tool for what people on the coast will be facing over the next century”.

Now, I must preface the following by stating that I in fact did not read the tutorial – “Classic dad move,” said my beloved virtual offspring, rolling their virtual eyes.

After taking my pick of available characters (I chose Zee – because how could I not with a name like that?), I had to flip the sea level rise coin. The coin decided that of the two options, low and high, my game would be graced with high sea level rises.

Beachside residents in a small West Coast town are battling to protect their homes against the rising sea level and continued erosion. (First published November 2021)

I immediately make the most expensive move possible, and spend all the money in my bank account to shift the house further back on the property.

I can feel the game laugh at me as it immediately moves the ocean closer.

The game works by the sea moving in “zones” on each turn. The decisions you make give you varying levels of protection against Mother Nature.

I try every trick in the book – putting in a sea wall, raising the house’s floor – but the money I throw at the problem won’t fix it.

So I sell up, abandoning the home my virtual children love so much to the waves.

The house sells for more than $2m despite the impending doom, and with the money I have in the bank I buy a big family home on the hill, just one block away.

The whānau is safe, the game tells me, but they will miss the beach house so close to the ocean.

Alongside the game, resources are being released to help students learn about the changing climate and what it might mean for them in the future.

It was developed in partnership with Hum Interactive and AR Geo Games.

The game is fun, Blackett said – but tell that to my virtual kids.