A MUM has revealed an amazing side hustle that nets her a whopping £600 a month, but which “works around [her] life”.

Karen Golder, 49, is a trained teacher, but can now top up her salary from home, without too large a time commitment.

For Karen, the extra cash is a godsend as she was forced to cut her hours to look after her daughter Imogen, 18, who suffers from Rasmussen’s Encephalitis, a rare disorder that causes seizures.

The mum-of-two works as a special educational needs coordinator in a primary school while hubby Murray is a painter/decorator.

As inflation spirals and the cost of living crisis sets in, finding another source of income is essential for Karen. 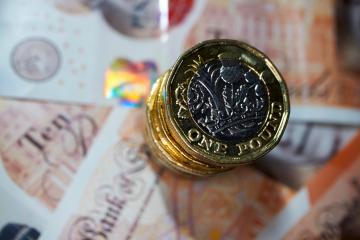 This led her to her side hustle: working in sales with The Body Shop at Home.

Independent consultants like Karen can sell the products in store or online from home.

Karen said: “It is so much more than a side hustle, it’s been lifesaving for me.

“It means I’m finally doing something for me.”

She added that it has given her something to focus on after devoting so much to her daughter’s care.

She continued: “It has given me my confidence back and I can honestly say it has saved my mental health. Plus of course, I earn useful additional income. This is one of the best decisions I’ve made.”

On working for The Body Shop she said: “It’s a social selling company with a mission and I am really attracted to that. The brand fights for social and environmental justice.”

Seven in 10 of the independent consultants have a full or part-time job like Karen.

The mum-of-two bought her starter kit for just £30.

It included some of the brand’s best-selling products, worth over £220 in total, to give away as samples.

Karen recalled: “I hosted my first event in September last year with two friends in my home and others on Zoom. We played games, tried products and generally had fun.

“I can make a sale while stacking the dishwasher or waiting in the hospital car park for one of Imogen’s appointments.”

She held more events and made £4,000 worth of sales by November, which she said was “really helpful for Christmas”.

The work fits neatly around her home life and she spends roughly 12 hours a week on it, including mentoring and training others in her 16-strong team.

She was even taken to an all-expenses paid retreat in Tenerife as a reward for her hard work.

This included a “catamaran experience” and dinner at a Michelin star restaurant.

Karen raved: “This has all happened in less than a year. The potential is huge if you put in the work.”

She hopes to grow her business when she has more time and says it has been “refreshing” to get involved with social media platforms like TikTok and Instagram to help market the products to a wide audience.