Illegal weapons are being sold online in Britain for as little as 49p: Amazon and eBay face demands to tighten controls as swords and knives are freely available from third-party sellers

By Josh White For The Daily Mail

Illegal weapons are being sold on online stores including Amazon and eBay for as little as 49p, an investigation has revealed.

Zombie knives, knuckledusters and even swords are among the items available through third-party sellers on the websites, consumer group Which? found.

The probe – which also looked at the Wish and AliExpress retail sites – has sparked concern over how internet stores monitor weapon listings amid a knife crime epidemic in Britain.

Under UK laws, it is illegal to sell or possess most weapons, with adults facing up to four years in prison and an unlimited fine if they are caught carrying one.

Yet Which? researchers found dozens of banned weapons listed online. On Amazon, the group found dangerous friction lock batons listed as ‘trekking poles’ or with letters missing from the name – in what were thought to be attempts to get around checks.

On Wish, researchers found a large number of illegal flick knives and butterfly knives – blades that fold out into a point 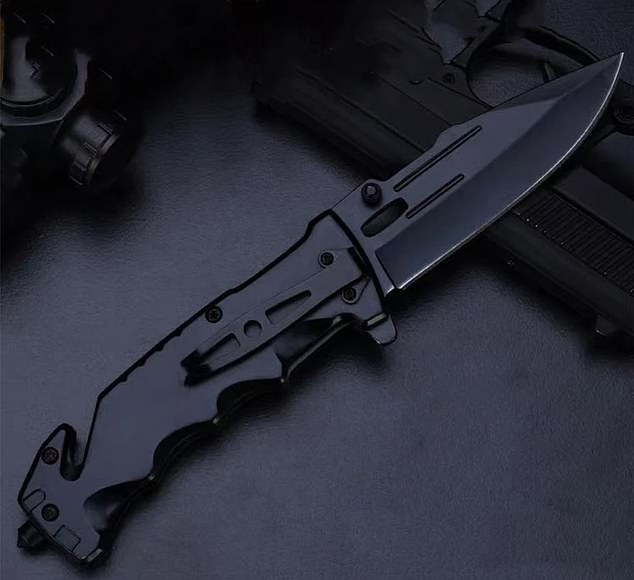 On AliExpress, the watchdog found a flick knife for just £2.83

One seller was even offering a karambit blade – a curved knife – and a ‘paralysing spray’ in a combo deal for £13.99.

Which? said none of these weapons should be for sale at all under eBay’s terms and conditions.

The widest selection of weapons was found on AliExpress, which is based in China, and the US site Wish. Searches of the terms ‘flick knife’, ‘automatic opening knife’ and ‘spring assisted knives’ returned dozens of results – many priced at less than £10.

On Wish, researchers found a large number of illegal flick knives and butterfly knives – blades that fold out into a point.

On AliExpress, the watchdog found a flick knife for just £2.83 and a ‘self-defense ring’ – which is designed to be worn as a knuckleduster – costing only 49p.

Sue Davies, Which? head of consumer protection policy, called on platforms to ‘take more responsibility and prevent illegal weapons appearing on their sites’.

She added: ‘It is disturbing that our latest investigation has uncovered illegal weapons being sold on online marketplaces at extraordinarily cheap prices and that these tech firms are also pushing additional dangerous items to people.

‘This raises big question marks over the checks and monitoring being done by these platforms.’ 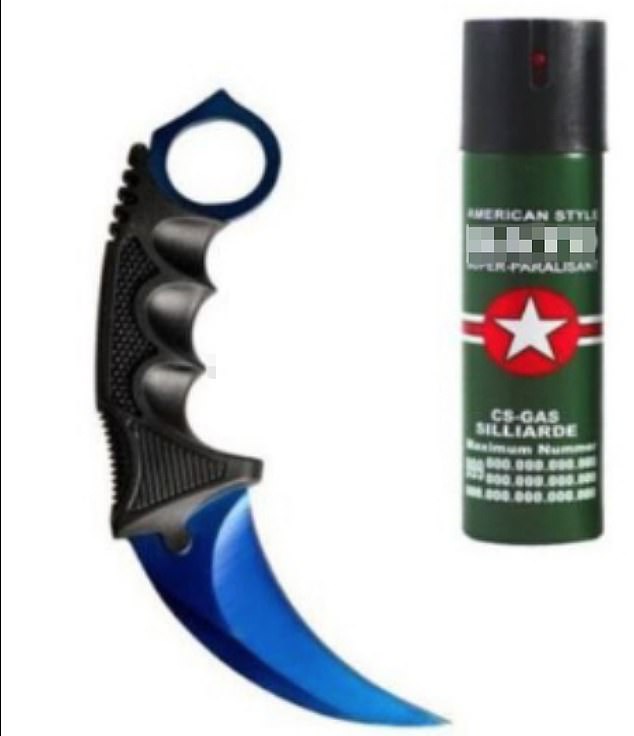 One seller was even offering a karambit blade – a curved knife – and a ‘paralysing spray’ in a combo deal for £13.99

Richard Carr, a policing lecturer at Liverpool John Moores University, said: ‘I’m surprised from a moral perspective that websites are selling these types of products. When weapons of this nature get into the hands of people who have criminal intent, then the outcome can be catastrophic.’

Last year the Office for National Statistics recorded 41,000 offenses involving a knife or sharp instrument in England and Wales. London also saw a record 30 teenage murders, most from knifings.

Amazon, eBay and AliExpress, said they had removed all the listings reported to them by Which? Wish said it is in the process of removing items highlighted by the consumer group.

AliExpress said they have ‘strict guidelines’ regarding the sale of knives such as age verification checks. A spokesperson for eBay said it was investigating why customers were not ‘blocked’ from buying the weapons.

Wish said that some merchants had ‘identified a way to circumvent’ existing safety systems and Amazon added that it was ‘taking appropriate enforcement against the bad actors in question’.