A MUM-OF-TWO redecorated her house and helped pay off her mortgage thanks to a side hustle making lip balms and skin salves from a beehive she installed in her garden.

Former marketing trainer Julie Macken, 53, from Witney, Oxon, could not have anticipated the success which would follow when her daughter was given a beehive as a gift by her grandfather in 2012.

She got really into it – more than her daughter, Neve, now 20 – and realized she loved making balms from the nectar.

But it was just a hobby until four years ago when she started selling them in shops and online, initially making just £5,000.

Amazingly she’s been able to pay off her mortgage and redecorate her home, as well as treat her children to laptops and clothes. 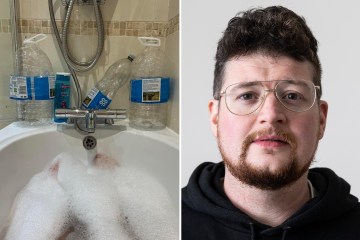 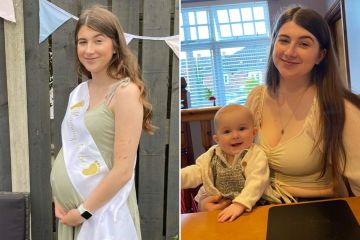 She’s also quit her job as a management training consultant and took her family including Neve, son Felix, 22, and husband, operations director Ross, 55, on posh holidays including to Mont Blanc, Italy, and Montenegro.

“Neve, then 10, was given the hive in 2012,” she explained. “We were buying a new home and the agent showing us around pointed out some empty honey jars.

“The former owner explained he’d kept bees and sold honey for a fiver a jar.

“Neve decided she wanted a hive so we went on an Oxford Beekeepers’ Training Course and I started researching how they could sell honey and use the wax the bees made.”

But it wasn’t easy.

“I was working full time and three years after we got our first beehive I started giving friends and family posh jars of our own honey and homemade beeswax lip balms for Christmas gifts,” she said.

The gifts were such a hit that friends asked if they could buy more of her treats. So she started selling them on stalls, using the profits to buy more beehives costing £400.

“I needed to ensure my product supplier was literally in our back garden and that’s what our beehives allowed us to do,” she said.

“Neve and I would put on white beekeeping suits, grab smoking devices and harvest the honey and wax from our hives to turn into cash.”

“I was a busy mum juggling my full-time job, the school run and the growing business.”

Julie started researching the use of beeswax in skin care and discovered that the wax and natural plant oils had been used for thousands of years as natural skin care treatments.

By May 2017 they had six different lip treatments which were sold at local Christmas markets for £4 a container.

“Whenever we had a market stall the products would sell out,” she said. “People loved the fact we made the products using our own bees and they were all natural.

“I was a busy mum juggling my full-time job, the school run and the growing business.”

Soon the bee business started getting orders from all over Britain when the pair launched their website.

“In the past five years we’ve added more beehives and bought in wax and honey from other local beekeepers,” she said. “I was able to quit my job and focus on Neve’s Bees.”

Julie’s success was bolstered when Neve’s Bees won a Small Business Award at Blenheim Palace and the products were sold at the Palace shop.

“Soon I was getting calls from all around the world with people eager to know where they could buy our all-natural products or shops asking if they could stock our products.

“I can’t believe how successful it’s become. It’s been a slow build but last Christmas more people than ever before were buying our gift sets, lip balms and potions as presents.”

According to Julie, demand for her home-grown lip and facial products meant their business turned over £20k in December.

“I didn’t start the business, which is a real cottage industry, thinking it would ever be successful,” she said.

“My side hustle means I’ve paid for holidays to Scotland, Montenegro, Italy and all over England.

“I’ve been able to buy my kids new laptops, clothes and treats. The bee business has funded a renovation of part of the house.

“It’s also helped pay off the house and be mortgage free at 53.

“Knowing I can buy the children computers, pay for university costs, gift them nice clothes and treat us to Christmas splurges and not worry about going into debt or using the credit card is a huge relief.”

Julie’s side hustle has also been so successful the business donates 10 percent of profits to wildlife charities to bring back wildflower meadows.

“We have a five-acre meadow where we have created a wildlife and insect sanctuary thanks to the business,” she said.

Julie admits making a side hustle pay off isn’t easy.

“Juggling motherhood and developing your own skin care products is hard,” she said.

“I never expected this to happen when the country is gripped by skyrocketing energy bills and a cost-of-living crisis.

“But I couldn’t be prouder.”