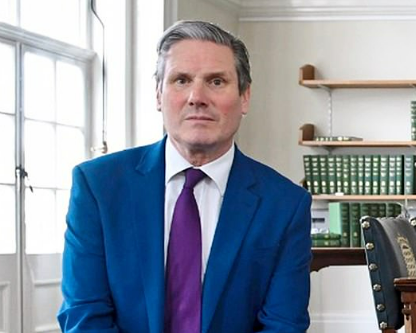 LABOUR’S LOCAL group in Birmingham is facing a racism row after black, Asian and minority ethnic councilors claimed “toxic culture” is stopping them from progressing into senior roles.

Councilors say leaders of the Labor group on Birmingham city council are “not taking racism and discrimination seriously”.

Councilors also said that “too many turned a blind eye” to racist slurs, in explosive new claims.

Speaking to The Guardian newspaper anonymously, one source within the Birmingham Labor party said: “I ended up in tears reading this report because this is not my city, this is not my party, but unfortunately this is what has been going on.

“If the survey wasn’t anonymous, no one would have completed it because they’re all scared. People in the party are shocked but not surprised with this report, because they know how bad it is.”

The councilors also said the “toxic culture” is designed to keep them “in their place, which is at the bottom”.

The new criticism of Labor follows an investigation by The Voice las month, found that anti-black racism was being watered down in the party.

Ms Hutchinson says she was subjected to racism and a “bullying pile-on” by white colleagues in the Labor group.

Over the weekend Diane Abbott MP for Hackney and Stoke Newington took to Twitter to reveal she had not been invited to the party’s Black, Asian and Minority Ethnic Members’ Event sessions.

Writing on Twitter, she said: “I have not been invited. Maybe @UKLabour HQ don’t know that I am black.”

Black, Asian and minority ethnic members faced multiple barriers to get into the position of councillor. One member said they faced “one hurdle after another” to become a councillor, whereas some colleagues had been “shipped in”. They suggested: “If I wasn’t BAME then it would have been a different story.”

The Voice has contacted the Labor Party for comment.