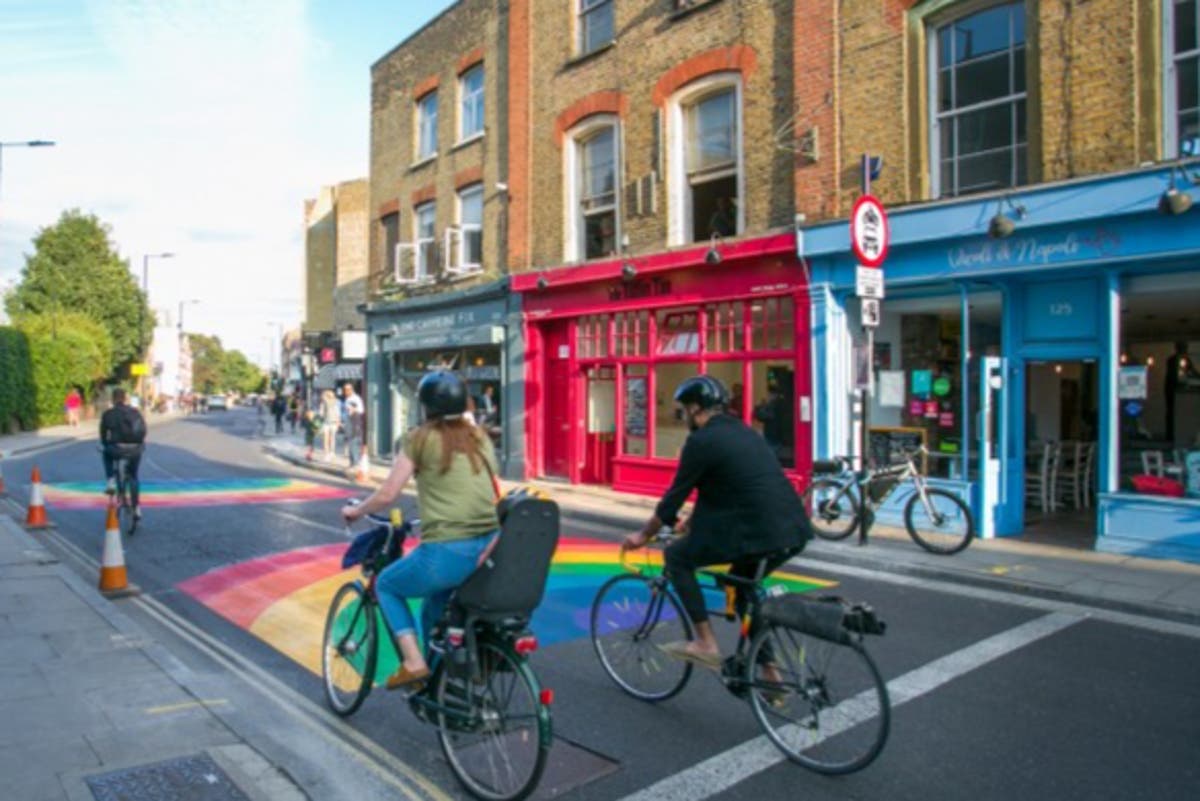 London borough is set to ban most vehicles from 75 per cent of its roads in a major expansion of controversial Low Traffic Neighborhoods measures.

Hackney council signed off plans to put three quarters of its streets into LTNs in what it is billing as “the country’s most ambitious plan” to tackle toxic air.

The Labour-run borough already has the highest number of the schemes in London, with roughly half of its roads covered by traffic management measures.

Under the new proposals Dalston, Hoxton, Chatsworth Road, Craven Walk, Cazenove Road and Stamford Hill will have the LTNs installed between now and 2025/26.

Some £19million awarded to the town hall by the Government’s Leveling Up Fund will be used to redesign Pembury Circus junction and make five acres in Hackney Central “greener”.

It adds to schemes already in place in London Fields, Hackney Downs and Stoke Newington, which only cyclists, emergency vehicles and bin lorries are permitted to pass through.

LTNs use either physical filters, such as bollards and planters, or traffic cameras to stop vehicles using some smaller residential streets as through-routes, while cyclists and pedestrians are unaffected.

Disabled drivers who hold blue badges and live outside the LTN areas will also be allowed to pass through some of the car filters.

Opponents have claimed the road blocks move traffic from a few, often wealthier, streets and into neighboring areas.

“There is no justification for safer, quieter roads for some at others’ expense,” residents group Hackney Together said.

A study by Westminster University’s Active Travel Academy and climate charity Possible, published earlier this month, found the measures in place in London “substantially” reduced motor traffic in residential areas without having much impact on nearby main roads.

Hackney council said it had seen an almost 40 per cent reduction in traffic across its four biggest recently installed schemes, as well as 2 per cent fewer vehicles on boundary roads.

Labor councilor Mete Coban, Hackney’s environment and transport lead, said the schemes would be created with resident input, and businesses across the affected areas had been consulted.

“We also want to go back to those areas where we have made schemes permanent to make further improvements,” he said. “That’s looking at the Hackney Downs LTN, London Fields LTN, some of those concerns residents have been raising for us.”

He added: “We promise to be at the forefront of the fight against climate change and creating a greener, healthier Hackney as a result.”

Thousands of new bike storage spaces, safer walking routes and shared car clubs will also be put in place as part of the plan.

It will also see the number of Hackney “School Streets”, where temporary restrictions are placed on traffic when pupils are arriving and leaving school, expanded from 49 to 60.

The move is in stark contrast to neighboring borough Tower Hamlets, where new mayor Lutfur Rahman has ripped out several traffic-calming measures and is now consulting on the removal of others.

Removing LTNs was one of Mr Rahman’s flagship campaign policies before taking power and beating Labor in the local elections last year.

It comes as Sadiq Khan is facing a legal fight over the expansion of his Ultra Low Admission Zone (ULEZ) to London’s suburbs.

The Mayor’s flagship policy is being challenged by the ring of councils surrounding the capital and due to be added to the zone from August 29.

They have threatened legal action in an attempt to block the scheme, which will see drivers of older or more polluting cars have to pay £12.50 a day to use their vehicles.

Richmond yesterday became the latest borough to call on Mr Khan to re-think the upcoming expansion.

The Lib-Dem controlled authority asked City Hall to delay the scheme until public transport is improved and the cost-of-living crisis ends.

Councilor Alexander Ehmann said: “We support Ulez extension, but time for people to transition and the levels of support are important factors, which in our view the Mayor has not yet gotten right.”

Harrow, Hillingdon, Croydon, Sutton, Bromley, Bexley, Havering and Kingston have also all expressed they are willing to fight City Hall over the Ulez.