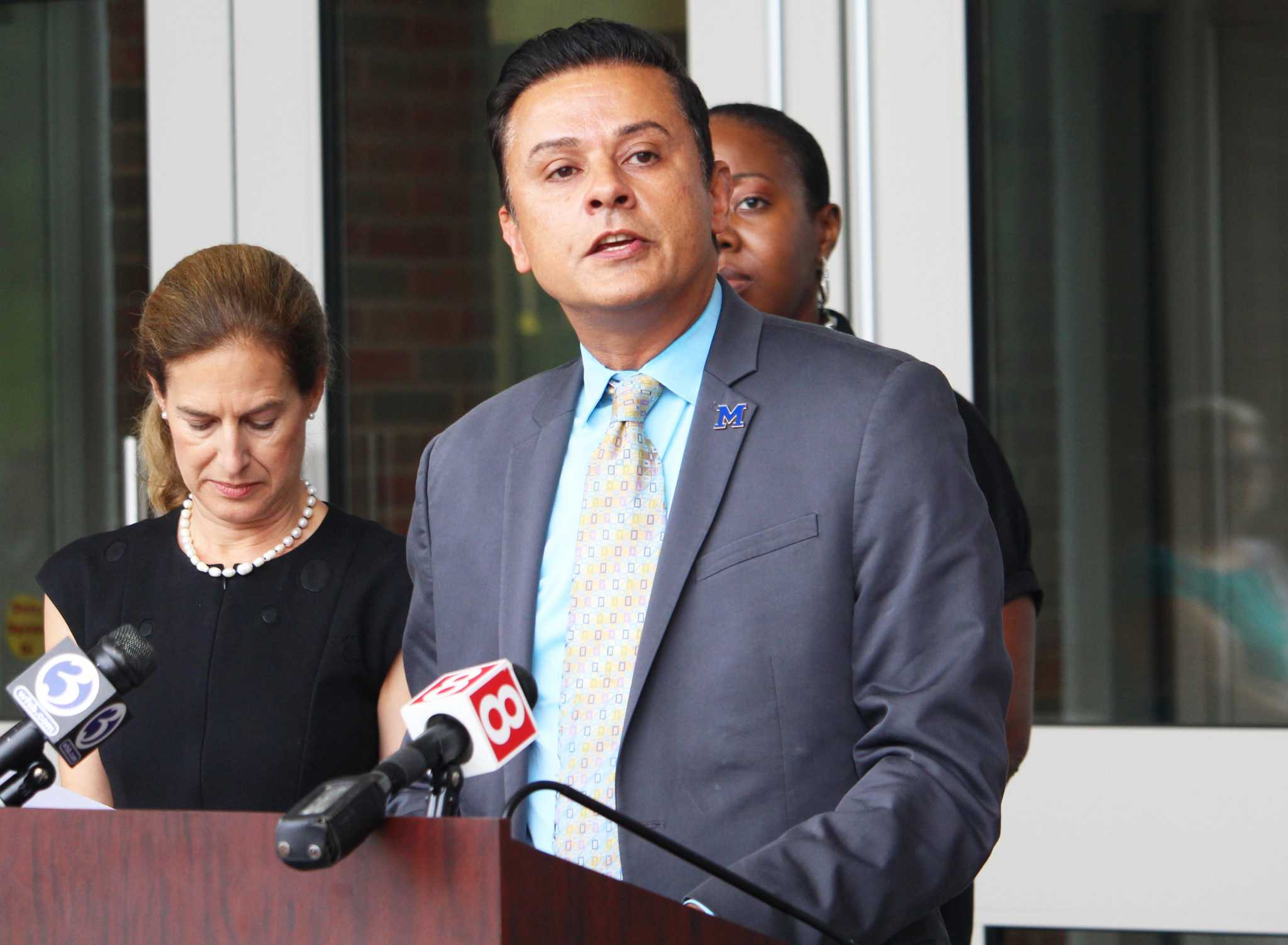 MIDDLETOWN — The public school administration is searching for candidates to fill nearly 30 open positions in the district during a challenging time for hiring educators.

The district currently has 35 vacant jobs, most of which require a teaching certificate. However, three openings — student teachers, teaching internships and fellowships, volunteers for the Hal Kaplan Mentor program, and regular volunteers — are always being advertised. Another three are internal-only, stipend positions, Communications Director Jessie Lavorgna said.

Superintendent of Schools Alberto Vazquez Matos delivered a human resources hiring report at the November Board of Education meeting for the period between Oct. 1 and 31.

Over that time, there were six staff resignations, including former Middletown High School Principal Colleen Weiner, who stepped down in mid-October to become director of curriculum at the secondary level for Stamford Public Schools. A duty aide, family engagement liaison, building substitute, social emotional learning interventionist and paraprofessional also left the district.

There were no retirements, Vazquez Matos said.

Lavorgna did not provide information about how many employees there are in the district, the public school’s employee retention rate over the last two years, and what efforts the district is making toward educator retention.

Teachers and education support staff, such as school workers and psychologists, are being interviewed daily, Lavorgna said. “This is a job market that requires us to be creative with our recruiting processes, as it is the job seekers who have a plethora of options.”

The trend is not unique to Middletown, she added. “Since the onset of the COVID-19 pandemic, pre-K-to-12 education across the country has and continues to see a large number of educators leaving the field for other lines of work.

“It’s for this reason that Dr. Vazquez Matos is deeply committed to creating working and learning environments where all feel safe, valued and supported,” she said.

Of the district’s vacancies, the greatest dearth of educators are in the world languages ​​and special education fields, including 10 open paraprofessional positions, the schools chief reported Nov. 8.

Chief of School Operations and Communications Marco Gaylord and Chief of Administration Christine Bourne, who were placed on administrative leave in mid-January in connection with the investigation of improper conduct allegations against top central office workers, including former superintendent of schools Michael Conner, still are on leave from their positions, Lavorgna said Monday.

There were also 17 non-certified hires. Among them were an intensive case management paraprofessional for Spencer Elementary School, substitute paras at Farm Hill Elementary and Middletown High School, ICM substitute para and CNA at the high school, duty aide at Spencer, Bielefield and Lawrence elementary schools; registered behavior technician for Bielefield, and interventionists at Beman middle and Macdonough elementary schools, Vazquez Matos said at the meeting.

Last month, the administration hired 21 new individuals: a science teacher at Beman, a Spanish teacher at the high school, and a long-term substitute for Bielefield, Macdonough and Wesley elementary schools.

All open positions are found on the BOE website at middletownschools.org, under the employment tab at the bottom.

The district hosted a large job fair Thursday at Beman, as well as in the recent past. Dattco School Bus staff participated, as the fleet company is looking for much-needed drivers. Late last month, the schools were forced to cancel some runs at the last minute due to employee personnel- and health-related reasons.

That situation was resolved in a couple of days. However, on Monday, four morning and afternoon routes were canceled for lack of drivers at Beman, Middletown high and Wilbert Snow elementary schools.

The transport agency is advertising a number of jobs, including bus and motor coach drivers, positions that offer training to workers with competitive pay. The company is doing everything it can to recruit workers, including offering sign-on and referral bonuses, Vice President of School Bus Operations Bryony Chamberlain said in October.

“It’s a tough market at the moment,” Chamberlain said, but “it’s a great industry to work in, because you can take your child to the job with you and there are no child-care costs.”

The schools also advertise open positions on the district’s LinkedIn, Twitter, Instagram and Facebook accounts, Lavorgna pointed out, as well as the Connecticut REAP, Indeed, and other job boards.

“While we have not engaged with any outside consulting agencies to assist in an official nationwide search for any particular position, we are posting positions on platforms that are accessible nationwide,” she added.