My ‘TikTok made me buy it’ side hustle can make you up to $85,000 and it’s all done from your phone or laptop

THERE appears a way to make $85,000 from home in the space of a few days with a simple side hustle, according to a TikTok influencer.

Side hustle aficionado Gordon Leslie shared a video which revealed how he made tens of thousands of dollars by using the popular ‘TikTok Made Me Buy It’ page.

The page features countless videos featuring products that have gone viral including pet brushes, tanning pools and the Scrub Daddy.

Leslie said he notes some of the most popular products and then purchases them at discount online retailer AliExpress.

He then resells them via Shopify, an eCommerce platform.

Leslie drives customers to his store by copying the hashtags of the viral TikTok videos and posting them on his own TikTok with links to his Shopify. 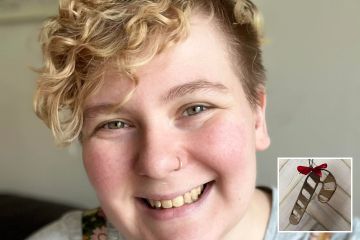 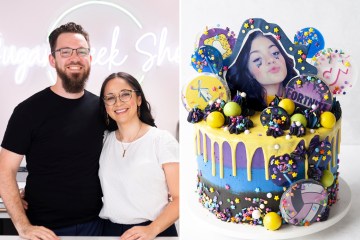 However, to have a more consistent solution, Leslie recommended creating your own TikTok advertisements.

Doing so will then allow you to target specific ads at people who used the hashtags in their ‘TikTok Made Me Buy It’ videos.

Although Leslie said he made $83,400 in gross profit from November 18-27, his net profit is sure to be considerably less.

According to some sources like Website Builder Insider, it’s way more realistic for a Shopify online store operator to make closer to an average of $2,000 per month.

However, the opportunity for growth is largely dependent on your products and how much you’re willing to invest in the site.

To be successful with this to the level that Leslie has reached will involve marketing more than anything, as getting people to see and buy the product you resell is the hardest part.

The US Sun reached out to Leslie for comment.

If eCommerce isn’t for you, there are other side hustles which do not involve any money up front.

One entrepreneur is able to make over $9,000 per month by working side hustles through TaskRabbit, completing odd jobs and manual labor for those who need it.

Additionally, if you don’t want to invest money in side hustles like eCommerce, you can instead invest a little bit of your time.

A side hustle pro earns about $750 per week by being part of focus groups for various products and medical trials.

If you’re looking for something that really doesn’t require you to move, it’s possible to make $100 per hour doing certain remote positions from your laptop.

For related content, The US Sun has coverage of another eCommerce entrepreneur who makes $100 per hour from their side hustle.

The US Sun also has the story on a Google side hustle that makes a staggering $300,000 per month.