It’s time to lace up your sneakers and hit the hardwood; NBA 2K23 is finally here. The latest iteration of the basketball simulator has hit the shelves, fully equipped with high-level gameplay, realistic graphics, and, of course, a few controversial player ratings. But it’s natural for sports games to raise a few eyebrows with their ratings, the real question is how does the game perform despite them?

Developer Visual Concepts has strived to create the most realistic basketball experience for gamers by tweaking how players shoot, dribble, and defend. While people might brush off each new sports game as just simply an update to the rosters, Visual Concepts tries to make adjustments on how we should be playing. So, is NBA 2K23 more of the same or is this year’s version a sign of a brighter future?

NBA 2K23 features the same game modes as its predecessor: Franchise, MyCareer, MyTeam, The W, and Jordan Challenges. Most players immediately flock to the MyCareer mode to create their own NBA player to take over the league. Visual Concepts tweaked the shooting mechanics and the player builds to make it more difficult to, essentially, create a super player. In the past games, players would be able to create a max 99-rated player who excelled in virtually every category. Now, you’ll be hard-pressed to only focus on a few key areas in developing your player.

MyCareer has a similar storyline to last year’s game with your player being a controversial draft pick over a seemingly better prospect. Media networks and fans are shocked when the team of your choosing selects you with the eighteenth pick over rival Shep Owens. Before you’re able to make any sort of adjustments to your newly created player, you’re thrust into a high-intensity fight for the Summer League Championship. Your performance in this title game will heavily influence the coach’s decision on how many minutes you play and what your role will be in the NBA. 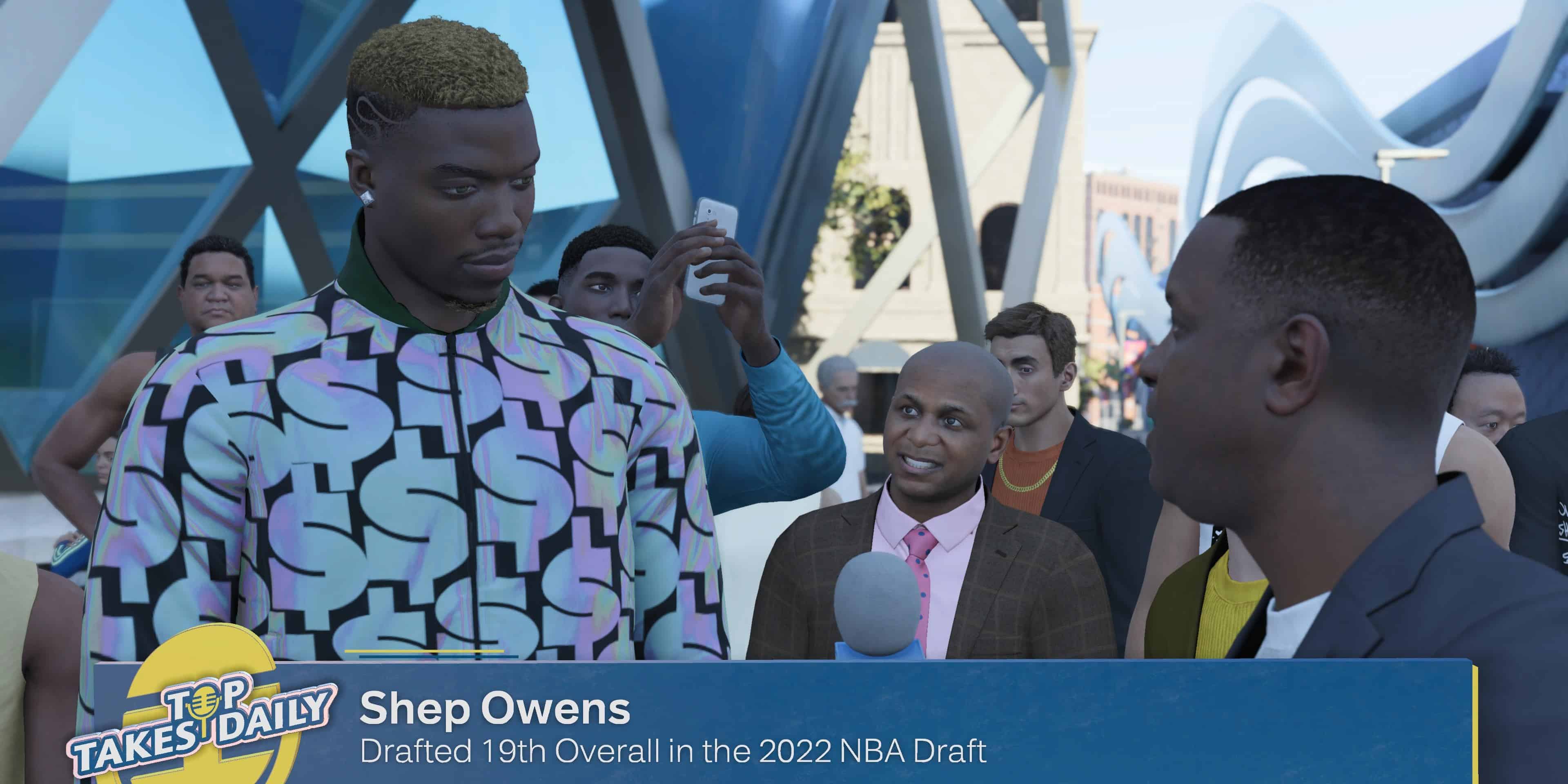 Unfortunately, MyCareer brings back the side hustle gigs that you can participate in off the court. You’ll be able to pursue a side career in music, business, and fashion. Instead of having these be just simple side quests, NBA 2K23 splits The City into these specialized districts. By “defeating” the boss in each district, you’ll gain more fans and eventually force a final showdown against Shep. It’s all a bit cringe and over-the-top nonsense, but the NBA is a league full of drama. 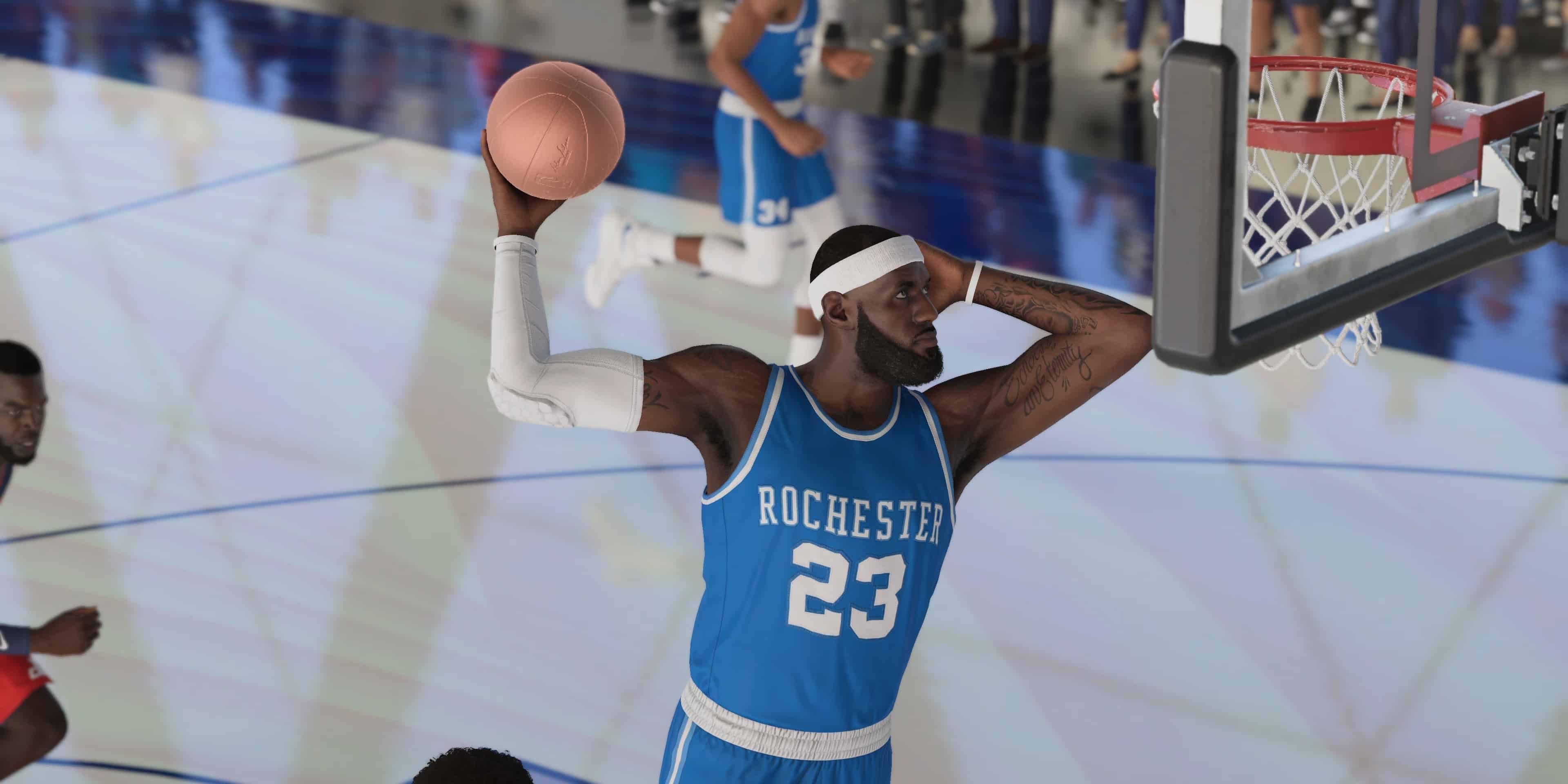 While more old-school players might rather dive into Franchise mode to control a team and try to bring home the Larry O’Brien trophy, MyTeam offers a fun twist to team-building. By taking the concept of collecting cards, MyTeam is all about earning card packs and creating a team based on those cards you collect. When you enter this mode, you’ll receive a starter pack that will contain one premier player in the form of an Evolution card. These types of cards can be upgraded by completing various statistical milestones for that player. Another specialized card is the Dynamic Duo. Certain players, like Chauncey Billups and Ben Wallace, used incredible duos together on the court and when you play both of these cards, they’ll receive a boost in their ratings.

At first, you won’t have the ability to create your own team logo or jerseys, but you will be able to create a custom team name. As you grind through MyTeam, you will eventually unlock more customization options for your squad. One of the biggest changes in NBA 2K23’s MyTeam mode is the removal of Contract cards. These cards would only let you keep some players for a limited amount of time, forcing you to be a bit more conservative in how you structure lineups. By removing them, players have more freedom in which players they have on the court. NBA 2K23 also added an online co-op version of Triple Threat, so you can team up with friends in three-on-three matchups. 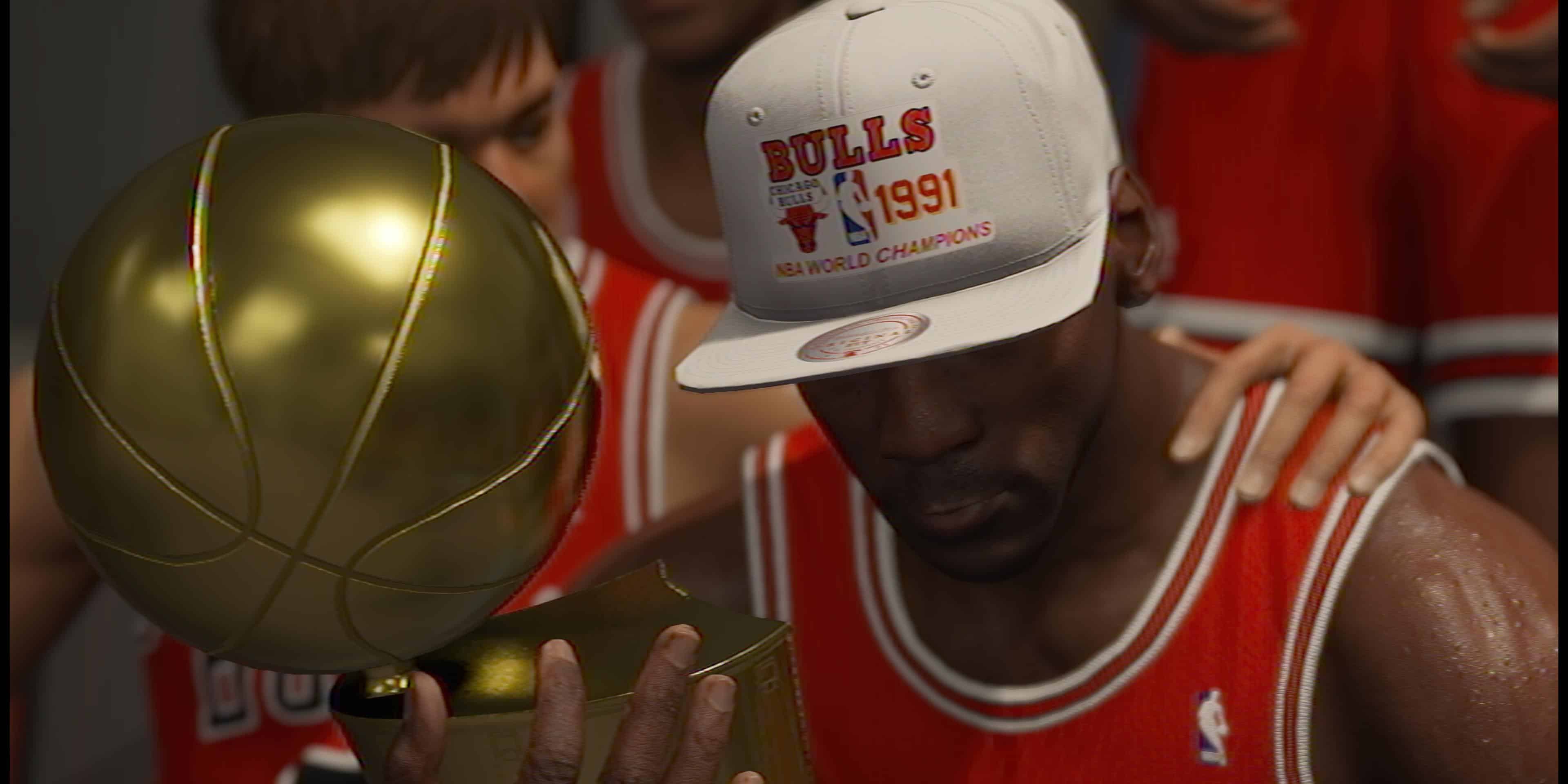 Arguably the best mode featured in any sports game, the Jordan Challenges takes you down memory lane, revisiting all the major moments that defined Michael Jordan’s career. From his time with the University of North Carolina to winning six titles with the Chicago Bulls, these fifteen moments will confirm when His Airness is the greatest basketball player ever. Not only will you experience how amazing Jordan was, but you can also earn rewards that can be redeemed in MyCareer and MyTeam. Each moment will have a set of three conditions for you to meet to earn stars for a total of 45 stars.

Of the 15 challenges, there is only one where you won’t play the entire game. With each game having quarters of six minutes, it could take upwards of seven hours to fully complete all the Jordan Challenges. The game has a historical filter that will make the graphics look older like the game was being played back in the ’80s and ’90s; if you find the filter to be too distracting, you can disable it in the menu.

At first glance, NBA 2K23 appears to be more of the same, but the gameplay adjustments made by Visual Concepts are more than enough for this year’s game to be accepted with open arms. The changes in the shot mechanics and making it more difficult to create godly players in MyCareer might make some players upset but will be beneficial for the game in the long run. MyTeam is still a fun team-building mode, and with the removal of contract cards, should be a more viable option as opposed to a normal Franchise. The player ratings will be a hot topic, as I’m not sure how we can rate the Los Angeles Lakers among the top teams when their third-best player is a 78 overall, but that’s an issue that might never be solved. Ultimately, NBA 2K23 isn’t simply a carbon copy of previous iterations and should be viewed as a step in the right direction for 2K’s continued evolution.