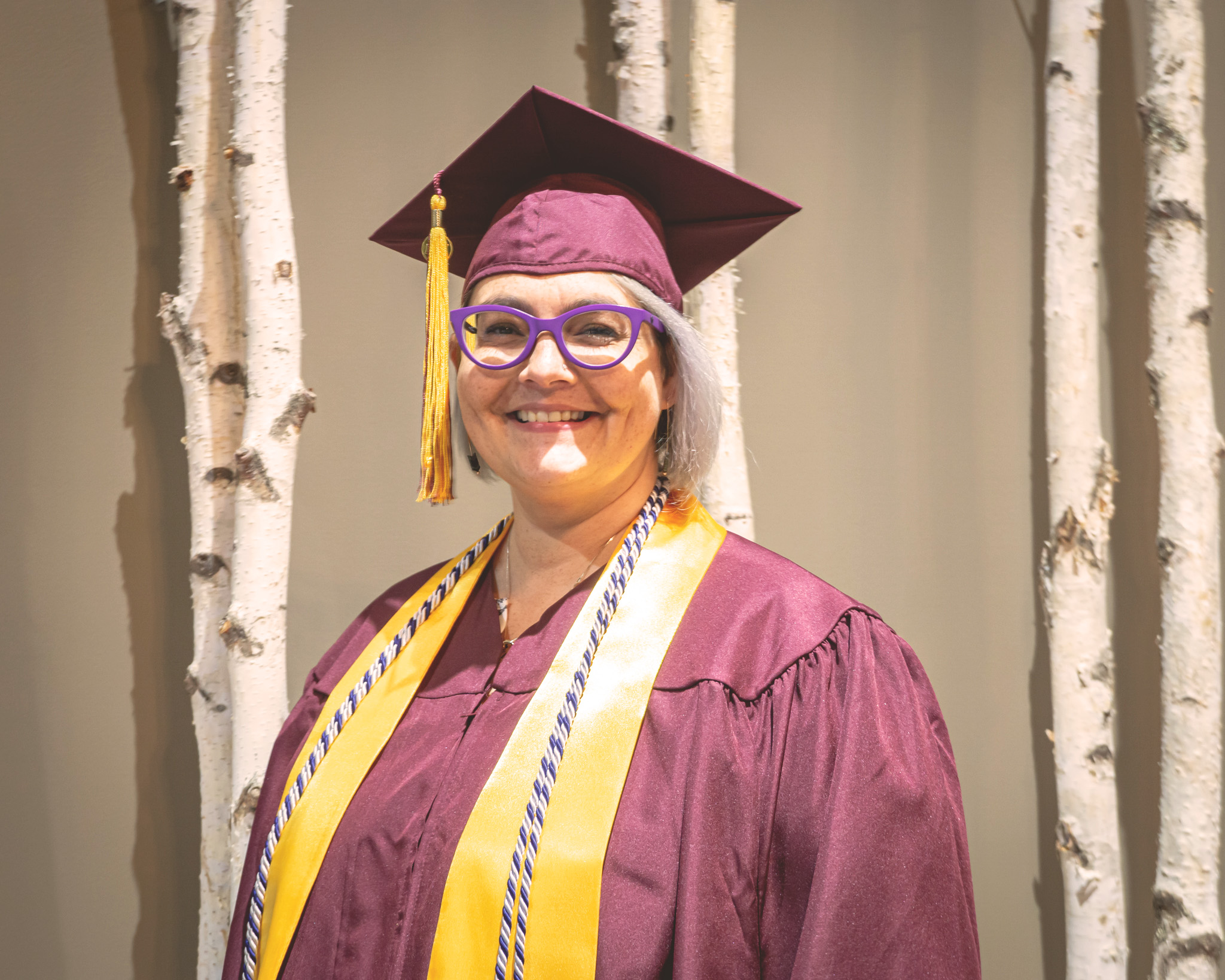 Editor’s note: This story is part of a series of profiles of notables fall 2022 graduates. 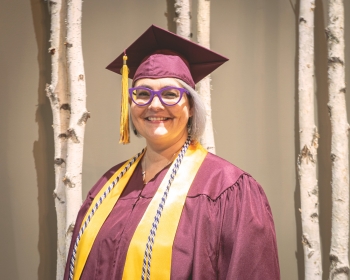 After spending over 20 years in the corporate world as an information technology project manager and reflecting on her life after experiencing the loss of several loved ones who were close to her, she realized she wanted to pursue her lifelong dream of going to college to earn a bachelor’s degree.

“In my career I kept getting stunted by the no-degree thing. I had enough of it, so I decided to go to school,” Anderson said. “I did a lot of research about really great online programs, and I found ASU has one of the top-ranked online degree programs, and the psychology program is also very, very highly ranked.”

Anderson, who resides in Wisconsin, had originally planned to attend college immediately after graduating from high school. However, life had other plans for her, she said.

“Sometimes life throws you a little curveball,” she said. “Mine came in the form of a 6-pound, 7-ounce baby the third week of my senior year of high school. I was a teen mom, and I graduated high school with my class on time with a 9-month-old baby.”

In December, she received a bachelor’s degree in psychology. Here, she shares more about her experiences at ASU and what’s next for her.

Question: What led to you studying psychology?

Answer: Fascination. I took Introduction to Psychology with Professor Natalie Gildar, and the more I learned about it the more I just was fascinated. We’ve come so far in such a short period of time, but at the same time, there’s so much that we still don’t know and we’re still learning about. That’s just really exciting to see. … It’s really cool to figure out how the brain works, even though we don’t know everything and what we do know is probably minuscule — it’s really cool to figure out how those things work.

Q: What’s something you learned while at New College — in the classroom or otherwise — that surprised you or changed your perspective?

A: I’ve always been a compassionate person. Just on an emotional level, I am somebody who feels people’s energy. But to learn about the impacts of childhood trauma and how when it’s not addressed in childhood how it can manifest later in life has allowed me to have even more compassion for people who are going through mental health challenges. So that was eye-opening for me.

Q: Which professor taught you the most important lesson while at ASU?

A: Professor Erin Kube — she’s amazing. I don’t know why, but I was always nervous to go to office hours, and I avoided them like the plague and just struggled through things instead. It was the second to last week of my statistics class and I went to her office hours and asked the question and found out she was super interested in my research project, but I was looking at it all wrong and I had two weeks to rewrite my entire paper. But she was very welcoming and kind. Office hours weren’t anywhere near the scary event that I thought I was getting myself into. In those last two weeks, I was at every single office hour. She showed me that it’s important to just reach out because professors are always willing to help and they want to see you succeed.

Q: Were there any clubs, organizations or opportunities that positively impacted your ASU experience?

A: I’m a founding member of the Psyched Up Sun Devils, ASU’s virtual psychology club. That was a lot of fun to be involved in. We would get together and share our love of psychology. We would also have a master’s student come in and teach us about grad school applications or teach us about specific career fields. We had psychology movie nights, and we would study together. I also used to be involved with a club called Mature Sun Devils, but now it’s called PRIMED, which is a group for students over 30 years old.

Q: Did you experience any obstacles along your way? If yes, how did you overcome them?

A: We had a major tragedy in our family, and my daughter lost her best friend, who was like one of my own children. My daughter went through some struggles — she’s got PTSD. Then my father-in-law died; two weeks later my stepmom died, and my dad was diagnosed with cancer and dementia that same year. There were also other family deaths. All of this was a turning point for me. It sent me into this downward spiral. Through all of that I lost my identity and my sense of who I was. I went to a therapist, and he challenged me to do something for myself. He asked me, “What’s something you’ve always wanted to do but were never able to?” And for me that was going to college. … Learning about how things work in your brain and why you’re struggling with different things at different points in your life really helped me through that depression. It was definitely an evolution. 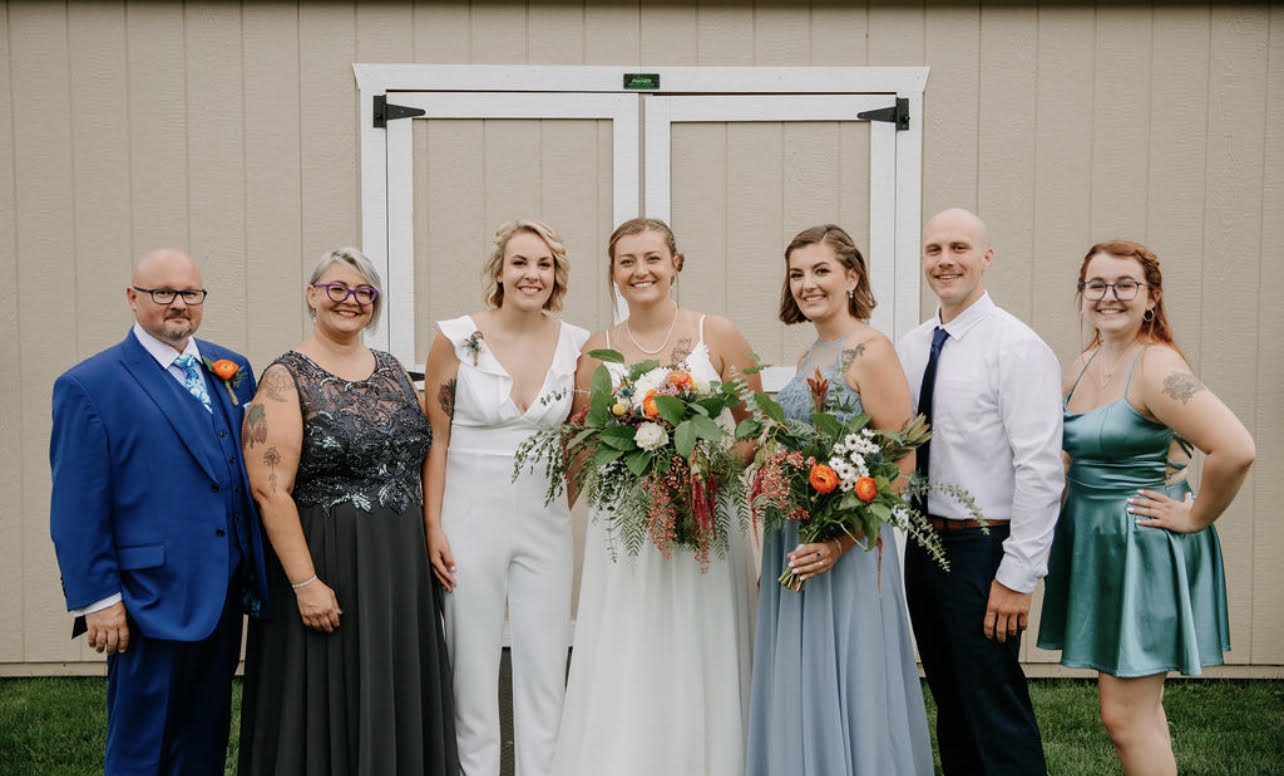 Q: What advice would you give to non-traditional students or those who are considering returning to college?

A: Investing in yourself and in your education is never going to steer you wrong. So my advice would just be to go for it. Do it. Literally. Yes, it’s money, and yes, it’s time. But you will gain so much more from it than either one of those things.

Q: What are your plans after graduation?

A: I am looking at grad schools, but I haven’t decided yet. I might end up taking a semester off because most programs start in the fall. Eventually I would like to go all the way through the Doctor of Psychology route, but I’m going to probably take a pit stop and get a master’s in clinical psychology first. Ultimately, my husband and I hope to start a nonprofit that will help bridge the gap for kids aging out of foster care.