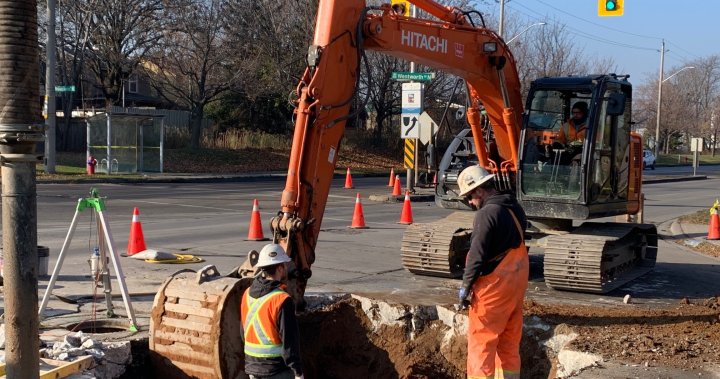 Ontario’s environment ministry (MECP) says it’s “requiring” the City of Hamilton to undertake an audit of its sewage infrastructure.

The news comes a day after a spokesperson from the ministry said it was “evaluating” the process following the discovery of sewage dumped into Hamilton harbor over 26 years from homes near Burlington and Wentworth streets.

David Piccini conveyed his “anger” about the discovery to the legislature at Queen’s Park on Thursday characterizing the find as “absolutely unacceptable.”

“I was angry for the people who are yet again hearing about how their city and the lack of oversight has failed to protect their waters,” Piccini said.

In a follow-up question from Tory MPP for Flamborough-Glanbrook Donna Skelly, the minister revealed a conversation with Mayor Andrea Horwath and confirmed the examination.

“Upon learning of this latest spill and speaking with the mayor of Hamilton, I’ve instructed my ministry to require Hamilton to audit its entire sewage infrastructure and come up with a remediation plan to clean this mess up,” he said.

A spokesperson for the city addressed the order in an email to Global News saying it had not received such instructions from the MECP as of 2:15 pm Thursday.

Norm Miller, from the city manager’s office, assured that they would speak about it when confirmed.

Meanwhile, the city’s water director confirmed to Global that around $30,000 has been spent to make repairs to the hole in the combined sewage overflow pipe.

That includes excavation, repair and realignment of the sewer, from which sewage had been dumped since 1996 into the Hamilton harbor.

This week’s remediation cost also includes onsite vacuuming to stop and mop up the spill.

MECP spokesperson Gary Wheeler told Global News in an email that the scope of the “comprehensive assessment” is yet to be defined but suggested it would be a “significant undertaking” and a “multi-year initiative.”

“(It) will include identifying illegal cross connections and then develop a plan to eliminate sewage discharges that could impact the environment,” Wheeler wrote.

Hamilton’s director of water told 900 CHML’s Good Morning Hamilton that city staff have been pulling water meter data for the properties connected to a number of sewer pipes in question over the last day.

He says some sort of inspection process will need to be created going forward “from a risk-based perspective.”

“Things like … how quickly can we get that done and what are the costs and resource needs,” said Winter.

“That’s something that we’ll be talking about with the city council over the coming days.”