PEI’s minister of health has announced a plan to foot the cost of tuition fees for up to 100 Prince Edward Island residents who study to become a resident care worker, starting this spring.

PEI’s long-term care sector has been faced with a shortage of staff who are qualified to work in eldercare. This shortage was made worse by COVID-19 outbreaks in public and private long-term care homes starting in January. Hundreds of long-term care staff contracted COVID-19 during the Omicron wave, which resulted in higher demands on their co-workers who remained at work. Health authorities have conceded that the required number of care hours for residents was not always met as a result.

In a statement before the legislative assembly announcing the tuition coverage on April 6, Hudson did not mention COVID-19. He did say the funding would be available for any student training at RCW programs at Holland College, College de L’Ile or the Marguerite Connolly Training Institute. 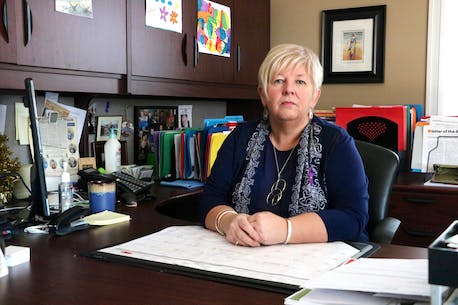 “Resident care workers are critically important members of the health-care team for seniors and others who live at our province’s nursing homes or community care facilities,” Hudson said.

“There is currently a demand for trained RCWs in our province. I expect that this announcement will spark some interest from young people beginning their work careers as well as from people who may be interested in a change in profession.”

SaltWire Network asked for details on how much the program would cost taxpayers but was not provided an answer by deadline.

The announcement was welcomed by Green Opposition health critic Michele Beaton. Beaton noted her caucus had introduced a non-binding motion calling for the province to cover the tuition costs of RCWs, as well as licensed practical nurses and registered nurses.

“It is a no-brainer to do this, to ensure that there are zero barriers in order for Island students to start working in a health-care career,” Beaton said.

“I applaud this announcement. But it can’t stop here because one of the biggest challenges that we have for our RCWs is what’s their career path.”

Liberal MLA Robert Henderson was also complimentary but suggested the cost of tuition was not the main reason for shortages in the long-term care sector.

“I didn’t feel that that was the biggest impediment,” Henderson said.

“The actual question is how many more seats are going to be offered to students across PEI who want to access this program?”

Henderson also said he was concerned the RCW programs would not be offered in more rural regions like his O’Leary-Inverness district.

A statement from the Department of Health said students would need to apply to SkillsPEI in order to have their tuition costs covered. Staff of SkillsPEI would also meet with applicants to ensure they meet the criteria of the program. Canadian citizens, permanent residents and protected persons under the Immigration and Refugee Protection Act are eligible to apply to have the tuition fees covered. Applications must be approved by SkillsPEI before the course begins for the costs to be covered.

In January, a letter circulated to staff of the Public Schools Branch urged casual educational staff to work temporarily in long-term care homes as RCW’s. The province later admitted this was circulated in error after the Union of Public Sector Employees, as well as the owner of the Garden Home, in Charlottetown said staff without proper training cannot provide care to residents.

Despite this, more than 50 individuals, including PSB staff and student nurses, worked within long-term care facilities that had been hamstrung by absences due to COVID-19 outbreaks.

In late February, the Union of Sector Employees released several videos containing audio of long-term care staff speaking about working conditions. Many said the lack of staff meant they could not provide proper levels of care. Others said they had been pushed to work overtime shifts, and that almost all of their coworkers had contracted COVID-19.