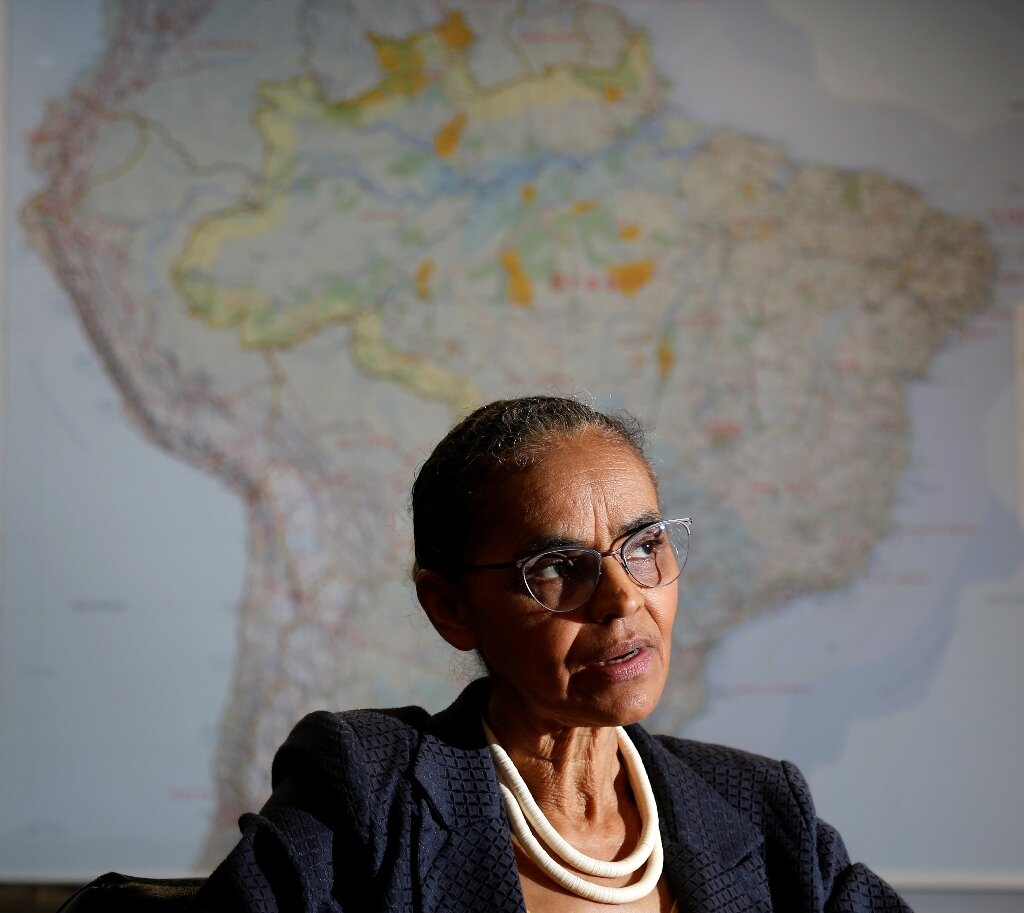 Brazil’s environment minister Marina Silva knows she has her work cut out to protect the Amazon, the world’s largest rainforest that is shared among nine countries.

“It will be difficult,” Silva acknowledged in an interview with AFP on Monday night.

Just three weeks into the job, Silva said the environmental situation in her country, which is home to more than 60 percent of the Amazon, was “worse than expected.”

When left-wing President Luiz Inacio Lula da Silva appointed this emblematic figure in the environmental struggle to her position, he signaled that the planet was a clear priority for the new administration after four years of far-right leader Jair Bolsonaro’s governance, which saw deforestation hit record levels.

“The reality is a lot worse than we imagined,” said Silva, 64, who was born in the heart of the jungle.

“We will have to make a great effort” because the ministry “has been largely dismantled.”

Lula’s focus on the environment is “in line with what is happening elsewhere in the world.”

He has set 2030 as a target for reaching zero deforestation.

“It will not be an easy road … but we will try to recover lost time,” said Silva.

Within Lula’s government, 17 ministers will be involved in environmental policies.

But when it comes to deforestation, Silva says achieving target numbers is not enough, “we have to convince people that it is not a good idea to destroy the forest.”

“We will invest in biotechnologies, tourism, low-carbon emissions agriculture and in other revenue sources,” she said. “Our aim is to restart preventive actions and the fight against deforestation.”

But Silva warned against expecting too much too soon during Lula’s four-year term.

“We will see what can be achieved in this short space of time. Only populist governments can guarantee they will solve such massive problems in four years,” she said with irony.

“We hope to arrive at the COP30 in 2025 as a country that has fulfilled its obligations.”

Brazil has submitted a bid to host the 2025 climate conference in Belem, a city on the edge of the Amazon.

Brasilia will not be able to pull off miracles without international help, said Silva, who was previously environment minister during Lula’s first two terms as president (from 2003 to 2010) before quitting in 2008 in protest against what she called a lack of funding.

One of Lula’s first acts as president was to reactivate the Amazon Fund—whose main contributors were Norway and Germany. It had been suspended under Bolsonaro due to a scandal related to forest fires in the Amazon.

“We are talking to the United Kingdom, France, Spain and several other countries that can contribute to the Amazon Fund. We don’t want it to be just Norway and Germany,” said Silva.

‘A life of dignity’

But she says the international community still needs to make more of an effort.

“This collaboration with developed countries must also translate into the opening of markets for sustainable products” so that “what is legally produced can serve as a source of income for the Amazon’s 25 million inhabitants.”

“We must guarantee to these populations a life of dignity,” said Silva, adding that the fight against the commercialization of illegally extracted gold and logs needs to be multilateral.

But, she warned, “if developed countries do not also reduce their carbon dioxide emissions, the Amazon will be destroyed.”

This document is subject to copyright. Apart from any fair dealing for the purpose of private study or research, no part may be reproduced without the written permission. The content is provided for information purposes only.