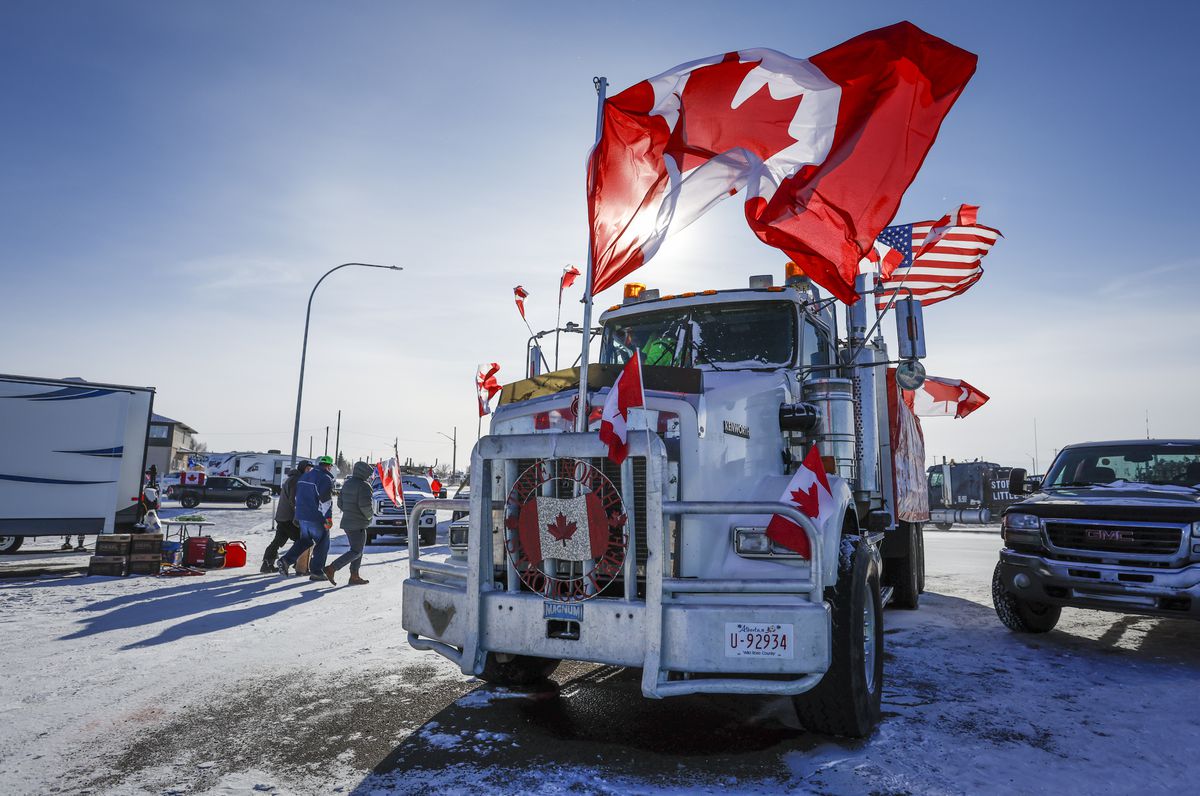 The internal review into whether one of Premier Danielle Smith’s staff members e-mailed the Alberta Crown Prosecution Service challenging its approach to cases related to COVID-19 protests would not have captured messages deleted more than 30 days prior.

Mrs. Smith ordered the review after a CBC article that cited unnamed sources alleging a member of her staff contacted prosecutors about cases related to last year’s blockade of the US border near Coutts. Mrs. Smith has denied the allegations and on Wednesday issued a statement that described the CBC report as “defamatory” and demanded an apology, although she did not threaten legal action.

The CBC story has enveloped the premier’s office since it emerged last week, prompting repeated calls from the opposition New Democrats for an independent investigation.

The government’s time-limited retention policy for deleted e-mails means the internal review, which critics have already painted as insufficient, would not have captured any e-mails deleted more than a month ago. Alberta Justice on Monday said the internal review examined e-mails, including deleted messages, over a period of four months and came up empty.

Charles Mainville, a spokesperson for Alberta Justice, on Wednesday confirmed the search had the potential to miss deleted e-mails.

“The government of Alberta has a retention period of 30 days for deleted e-mails,” Mr. Mainville said in a statement. “This means that once an e-mail is deleted by a user, the e-mail would still be accessible for a period of 30 days.”

CBC’s initial report said the e-mails were sent in the fall, but did not provide a specific date. The news organization has not seen the correspondence. In response, the provincial Public Service Commission and internal information technology experts reviewed e-mails between the premier’s office and the ACPS, according to the government.

Alberta’s justice department on Monday said the search, conducted Jan. 20 to 22, covered “almost a million incoming, outgoing, and deleted e-mails.” It also said the review “searched for any e-mails sent to or received by the relevant prosecutors and staff in the premier’s office over a four-month period.” It declared the review “comprehensive” and said it uncovered “no evidence of e-mail contact.”

Mrs. Smith, when announcing her candidacy for the leadership of the United Conservative Party on May 19, said Alberta should “drop” charges against pastors and small businesses that violated COVID regulations. She won the UCP leadership race in October and after she was sworn in as Premier she continued to push for amnesty for those charged with COVID-related offenses. She also claimed on several occasions to have brought up the issue with prosecutors, although she later said she was “imprecise” and actually referring to her Attorney-General and deputy attorney-general.

Mrs. Smith on Wednesday said the CBC published a “defamatory article containing baseless allegations” which was then used to “smear” the Premier, her staff, prosecutors, and the public service.

“The Premier calls on the CBC to retract its outrageous story, and further, that the CBC and the Official Opposition apologize to the premier, premier’s office staff, Alberta Crown prosecutors and those in the Alberta public service, for the damage caused to their reputations and that of Alberta’s justice system.”

It added: “After taking office, the premier and her staff had several discussions with the Minister of Justice and ministry officials, requesting an explanation of what policy options were available for this purpose. After receiving a detailed legal opinion from the Minister not to proceed with pursuing options for granting amnesty, the premier followed that legal advice.”

Mrs. Smith said all communications were made through the proper channels.

Chuck Thompson, the head of public affairs for CBC, said the organization continues to back its reporting. “We stand by the story which transparently attributes the allegations to trusted sources and provides context to the allegations,” he said in a statement. “We gave the premier and her office an opportunity to react and we included that reaction prominently in the story.”

CBC on Wednesday cited unnamed sources who allege Ms. Smith put pressure on the attorney-general and his office to intervene on cases tied to COVID-19. She asked whether cases could be dropped, the CBC said.