ST. GEORGE — A Southern Utah nonprofit planning to put on a unique version of “A Christmas Carol,” where youth will have the chance to work alongside and learn from seasoned professionals, is seeking help from the community with hopes to make this year’s production an annual tradition.

Encore Performing Arts, a donation-dependent nonprofit, is in need of funding to complete the full scale of their newest endeavor, “A Christmas Carol,” a show that has been deemed a “Show with a Pro” and combines the talents of seasoned and accomplished professional actors alongside the up-and-coming generation of theatrical talent.

Abigail Pearson, the performing arts executive director at Encore, said that the nonprofit’s main focus for any show is to provide the very best mentorship for youth.

“They walk out of that tap dance class or walk out of an experience like ‘A Christmas Carol,’ or ‘Descendants’ or whatever we’ve done and they go, ‘I’m better for having done that for so many reasons, Pearson said.

Among the professionals involved in the upcoming production are Rhett Guter, who wrote the script and will be directing “A Christmas Carol,” and Corbin Allred, a professional actor who’s been acting for three decades and will play the main role of Scrooge.

Guter, who lives and works full-time in New York City as an actor and director, said he grew up in St. George, attended Tuacahn High School and performed at Tuacahn Amphitheater, the Shakespeare Festival and more. During the pandemic, he returned to Southern Utah, where he was approached by Encore about helping start a theater arts training program for youth.

“This was the first time this idea of ​​a ‘Show with a Pro’ sort of came up,” Guter said. “This idea of ​​casting a show with a few professional actors and the rest youth performers, to allow young people to observe the process of professional theater makers.”

Guter said a year prior, he and Adam Record, who serves as artistic director at Encore, had discussed writing a musical when the idea of ​​”A Christmas Carol” came up. They both loved the idea of ​​writing it specifically for the Southern Utah community and decided to combine their “Show with a Pro” idea with a newly-written play that would feature original songs. Guter said he then wrote the script and adaptation and was excited to teach youth the best way he learned – on stage with professionals.

Pearson said Record’s music tells a beautiful story that touches listeners from note one. Even though “A Christmas Carol” may be a story everyone knows, the show is unlike anything seen before.

Record said the musical side of the production paints a picture of the story far better than can be done through dialogue alone.

“These songs have existed in my mind, and then in a voicemail recording sent to Rhett and those collaborations, all remotely,” he said. “To see them sung by a group of talented singers in person, is just, wow.”

Allred, who will play the lead of Scrooge, said he has worked in the entertainment industry most of his life. Acting in his first film when he was 12 years old, he spent his summers in Hollywood during the pilot season acting in film and television.

As a result of medical school and subsequent career, Allred said he took a six-year hiatus from acting and film. Feeling lost without his real passion, he moved back to Utah to get back into storytelling while keeping his “side hustle” of working in the hospital emergency room.

He started doing film again, including writing and directing short films. When he received a text from Guter one day – a stranger at the time – he already knew he was going to be a part of the whole production. He said his hope is to have Washington County residents, along with visitors, see “A Christmas Carol” become an annual Encore production. 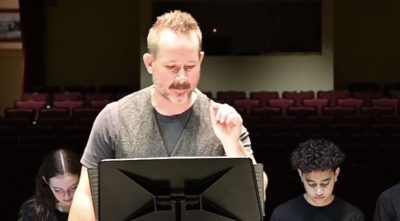 “The story is so amazing – it’s an honor to be a part of it,” Allred said. “The concept of taking Rhett’s experience building characters and mixing it with a Christmas tradition in the town you live while bringing kids on stage and passing this passion down to them, what’s not to love? You had to do it.”

With a show that includes a myriad of professionals from actors to directors, choreographers and even set and sound designers, Guter said this type of show is unlike anything Encore has put on in the past and also requires more financial need.

It is projected that “A Christmas Carol” will cost almost double what Encore typically spends on their shows, Pearson said, adding that the expenditures are necessary in order to fulfill the needs of the kids and the show.

“Expanding our scope of influence costs money – it’s an investment,” she said. “And in order to keep providing that, we hope this will provide the investment and financial backing so we can attract more professions like Corbin and Rhett. As a nonprofit, we need the support from our community to do so.”

To donate directly to Encore and the upcoming show, click here. To become an official sponsor of “A Christmas Carol,” contact them by email. Tickets will be sold on Encore’s website as they become available, and the show is scheduled to run Dec. 1 -16.

See below for details on the upcoming fundraiser gala. All proceeds will go directly to Encore and the youth theater programs they provide. 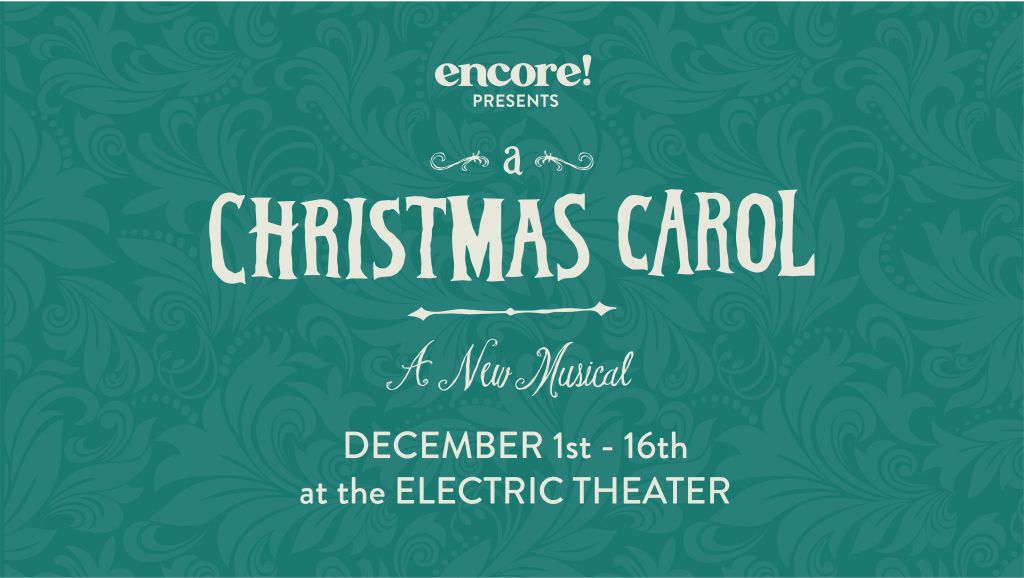 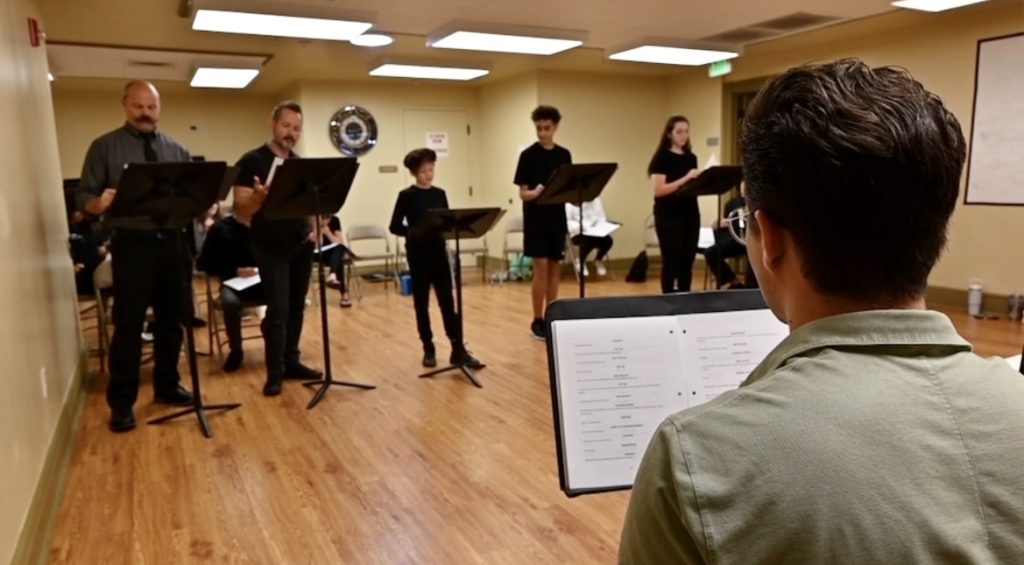 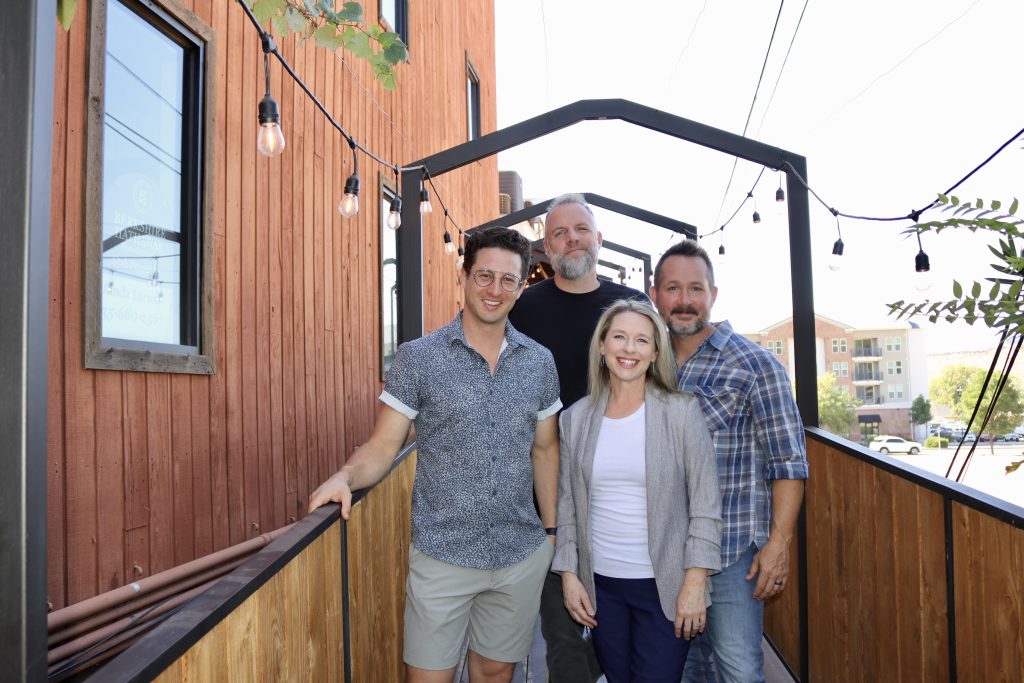 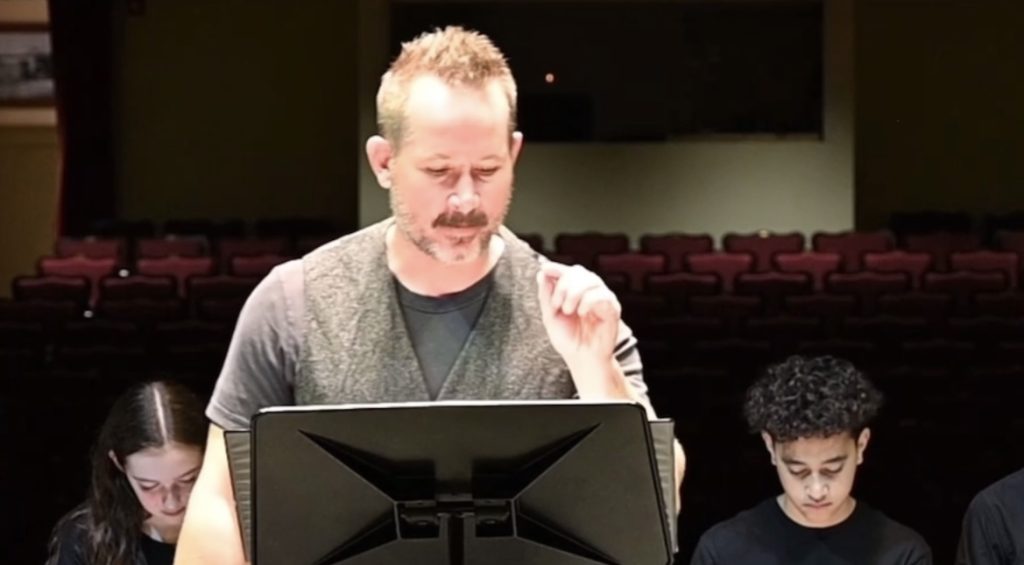 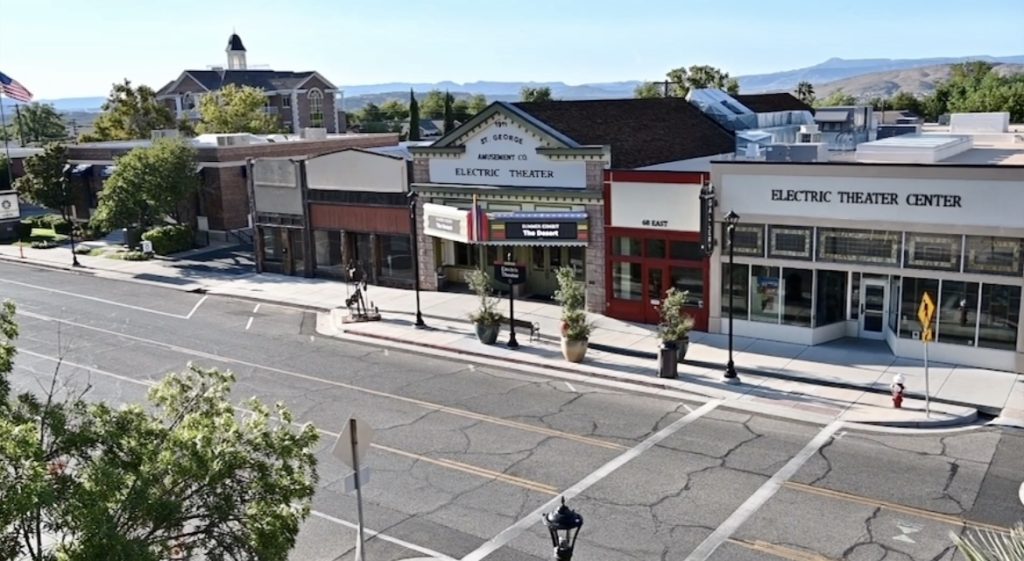 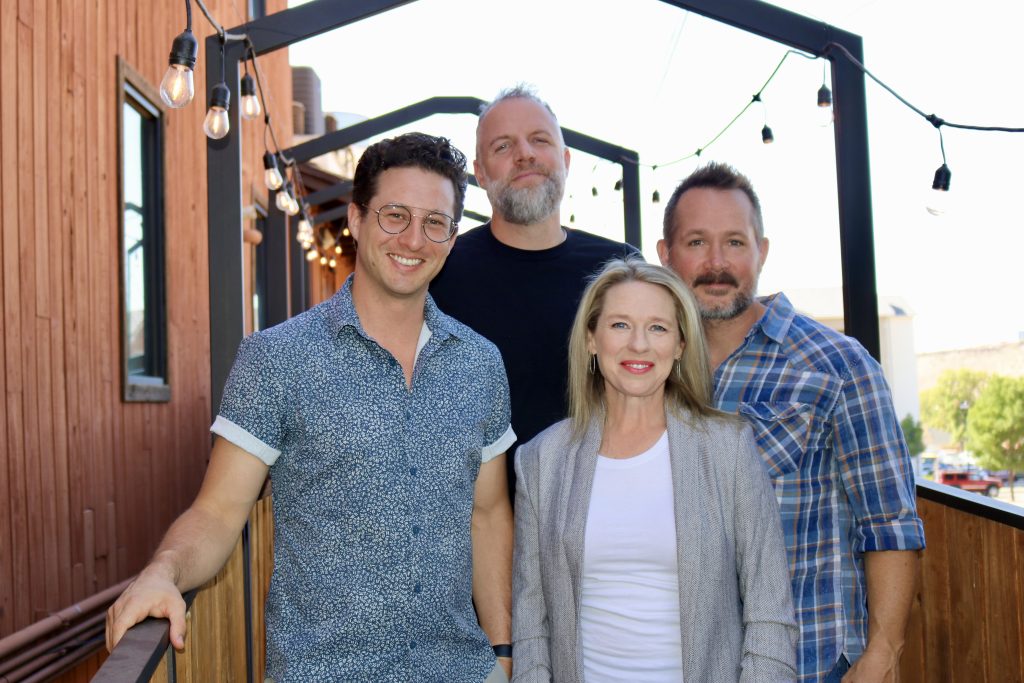 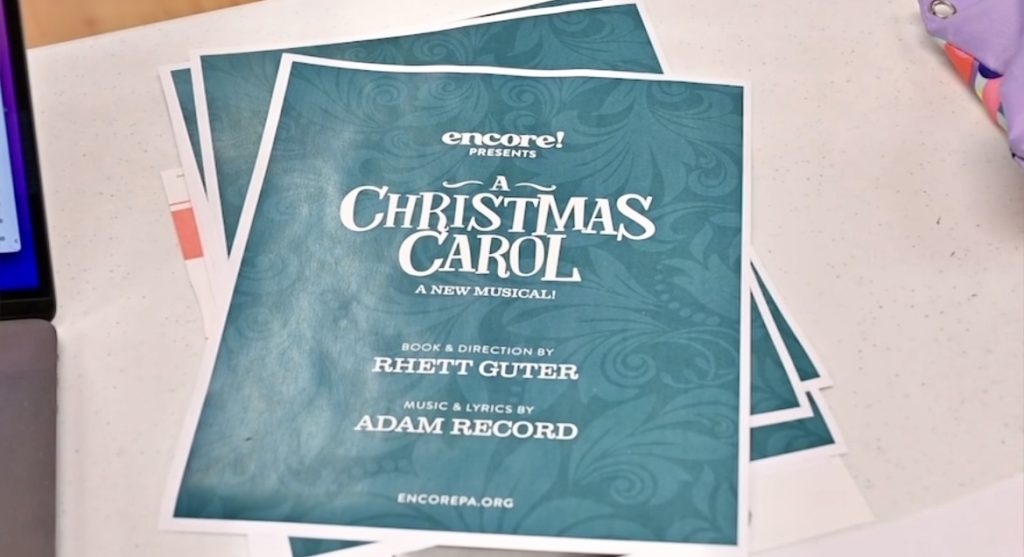 The scripts of A Christmas Carol lay on a table, location and date unspecified Photo courtesy of Adam Record, St. George News 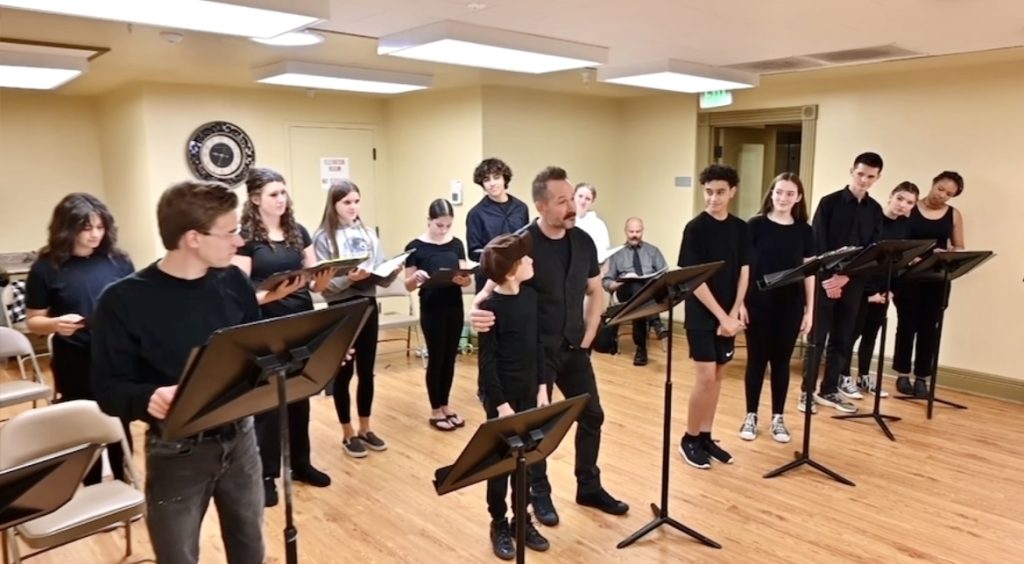 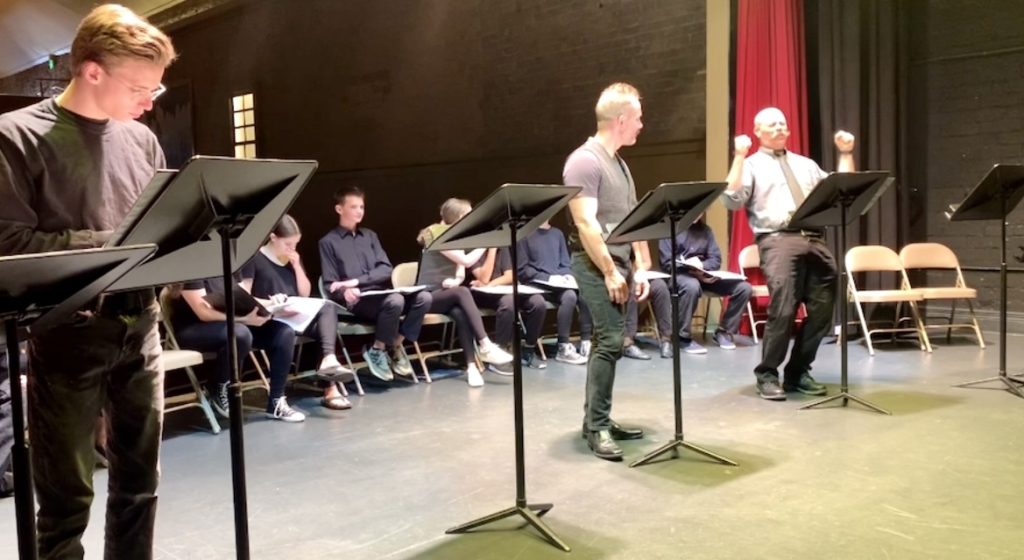 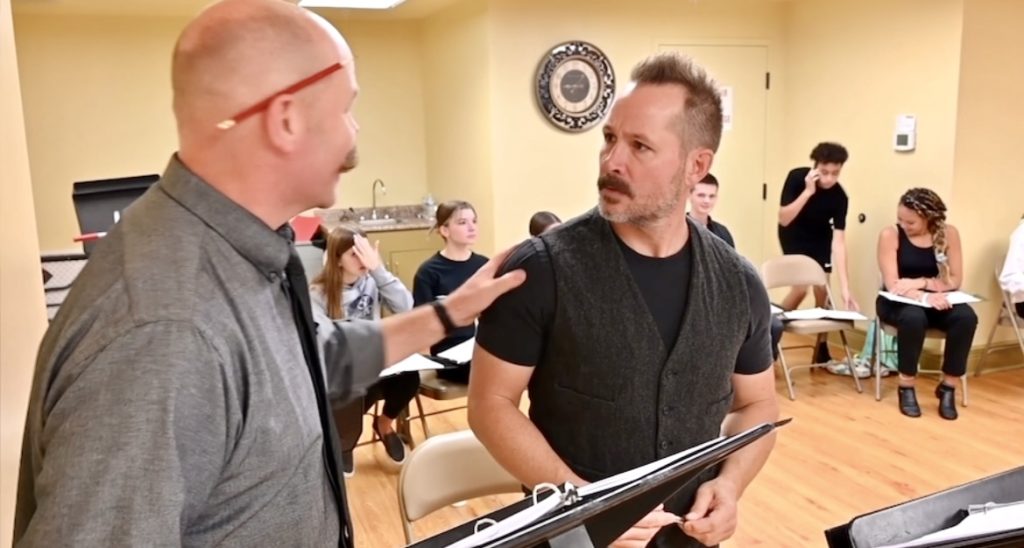 Jessi Bang was born and raised in Utah and has a passion for nature and the great outdoors. She graduated from Kaplan University in California with a degree in criminal justice. She has extensive experience in marketing, content creation, photography and copywriting. You can find her showcasing outdoor adventures through her blog, “The Rambling Raccoon.” In her free time, she enjoys climbing mountains, trail running, working out and cuddling her two lovable pups.