Who Were the Worst Climate Polluters in the US in 2021? 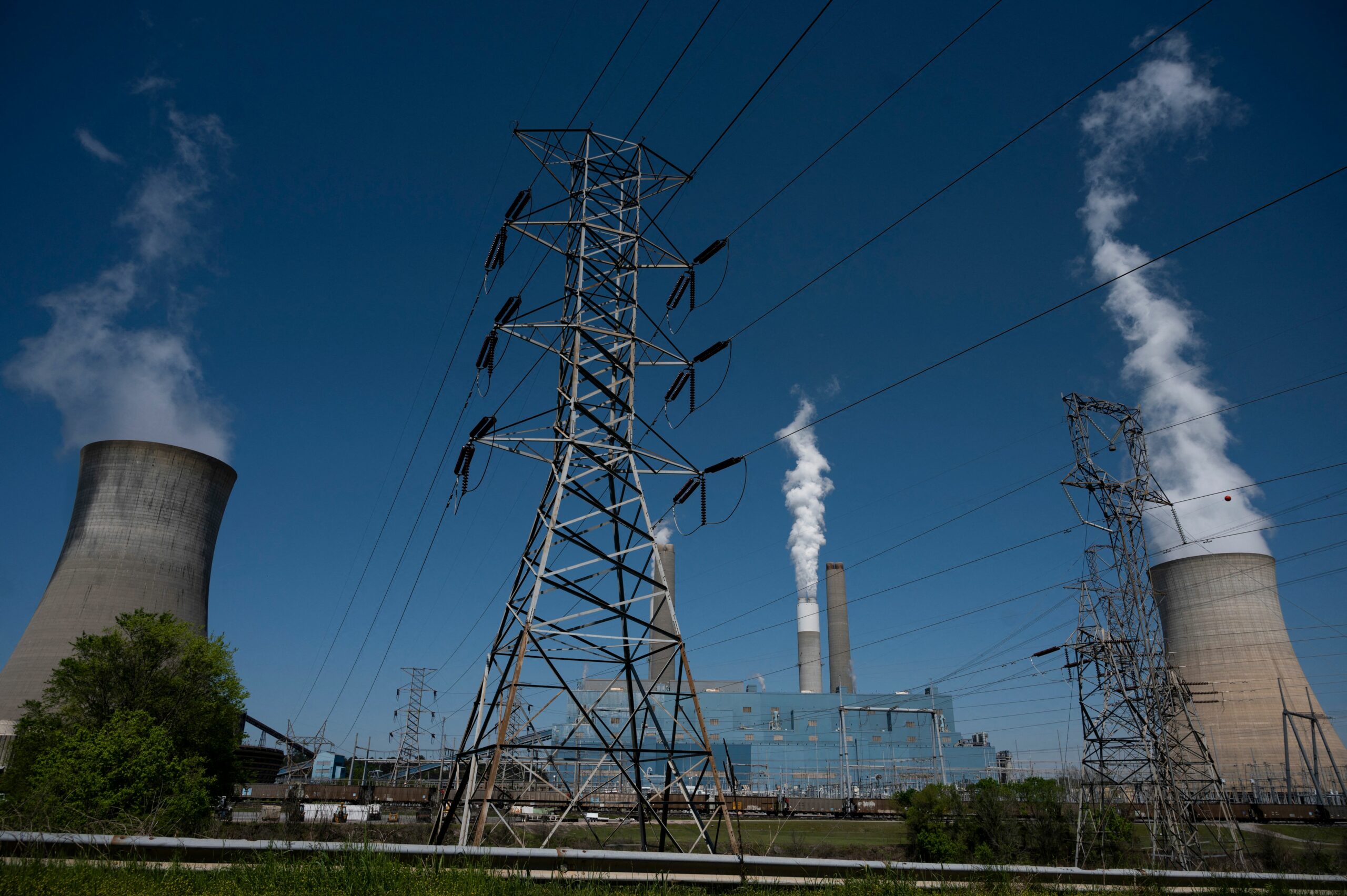 US greenhouse gas emissions climbed by 4.1 percent from major industrial sources in 2021, according to new data recently released by the US Environmental Protection Agency.

The increase is the largest year-on-year rise in emissions tallied across more than a decade of reporting and comes at a time when global climate pollution must quickly be curtailed to limit further warming.

The emissions, 2.7 billion metric tons of carbon dioxide equivalent, were self-reported to the agency by more than 8,100 of the nation’s largest climate polluters under the agency’s mandatory Greenhouse Gas Reporting Program. The emissions represent about half of all US climate pollution and the annual update provides the most comprehensive, site-by-site assessment of the nation’s largest polluters.

The increase in emissions came amid a rise in economic activity and industrial production following the height of the Covid-19 pandemic in 2020. While emissions from large polluters—generally defined as facilities that emit more than 25,000 metric tons of carbon dioxide equivalent per year— shot up in 2021, they were 5.25 percent lower than their pre-pandemic level in 2019.

Evan Gillespie, a partner with Industrious Labs, a recently formed environmental organization focused on decarbonizing heavy industry, said such swings in pollution have to cease in order to hit emission reduction targets under the Paris Climate agreement.

“We cannot have emissions linked to production,” Gillespie said. “We have a lot of work to do over the next eight years to get industrial emissions on track.”

Andy Knott, director of the Sierra Club’s Beyond Coal Campaign for the nation’s central region, said he is seeing a lot of progress in the shutdown of large coal-fired power plants from many, but not all, electric utilities.

“When I look at the largest carbon polluters, many of them, the utilities that own them, don’t have plans to retire them anytime at all,” Knott said. “We need to retire all coal by 2030 and all fossil fuels in the electric sector by 2035.”

Carbon dioxide is the primary driver of climate change and CO2 emissions from coal and natural gas fired power plants were the largest source of emissions. However, other pollutants including methane, nitrous oxide and fluorinated greenhouse gases, such as hydrofluorocarbons used in refrigerators and air conditioners, were also significant sources of emissions. These “non-CO2” greenhouse gases are far more potent than carbon dioxide on a pound-for-pound basis and in many cases remain in the atmosphere for a relatively short time compared to CO2. Curbing their emissions is increasingly seen as a key to stopping near term warming.

The following is a list of the country’s top polluters for each of the leading greenhouse gases tracked by the EPA. Also included are some of the highest emitters for different sectors of the economy.

Carbon Dioxide: The James H. Miller Jr. power plant in Quinton, Alabama was the largest coal fired power plant in the US in terms of power generation in 2021 and was also the nation’s biggest emitter of CO2. The plant, owned by The Southern Company, emitted 20,834,019 metric tons of carbon dioxide in 2021. Company executives announced plans last year to shut down nearly 80 percent of its coal power capacity by 2028 on the way to having net-zero emissions by 2050. The planned shutdowns do not include the James H. Miller plant.

Methane: The Bailey Mine, a coal mine owned by Consol Energy in southwestern Pennsylvania is the largest single source of methane in the US with 90,743 tons of methane emissions in 2021. The near-term climate impact of the emissions are equal to the annual greenhouse gas emissions of 1.6 million automobiles, according to the EPA. Consol Energy does capture and destroy some additional methane emissions from the mine as part of a methane destruction pilot program.

Nitrous Oxide: Ascend Performance Materials’ nylon plant in Cantonment, Florida released 24,657 metric tons of nitrous oxide in 2021, four times more nitrous oxide than any other industrial facility in the country, although the figure is still pending final EPA verification. The plant makes adipic acid, a main ingredient in nylon 6,6, a strong, durable plastic used in everything from stockings to carpeting, seat belts and air bags, and also emits large amounts of nitrous oxide, an unwanted byproduct.

Nitrous oxide is 273 times worse for the climate than carbon dioxide on a pound for pound basis. Assuming the currently reported emissions are correct, emissions from the facility in 2021 equaled the annual greenhouse gas emissions of 1.5 million automobiles, according to the EPA. Other adipic acid plants in the US and Europe installed abatement technology to destroy virtually all of their nitrous oxide emissions in the late 1990s.

Company officials told Inside Climate News in early 2020 that they would reduce nitrous oxide emissions from the production of adipic acid by 50 percent by mid-2020 and by more than 95 percent by February of 2022. However, nitrous oxide emissions from adipic acid production at the plant climbed by 38 percent from 2019 to 2021 according to emissions data the company reported to the EPA. Ascend Performance Materials’ spokeswoman, Alison Jahn, did not respond directly to questions about the increase but said that Ascend has set a goal to reduce greenhouse gas emissions from all of its facilities by 80 percent by 2030.

Hydrofluorocarbons: Hydrofluorocarbon-23 (HFC-23) is 14,600 times more potent as a greenhouse gas than carbon dioxide on a pound for pound basis, making it one of the worst climate pollutants ever identified by the scientists with the UN’s Intergovernmental Panel on Climate Change. In 2021, chemical manufacturer Chemours vented 180 metric tons of HFC-23, a synthetic gas and unwanted byproduct, from its Louisville, Kentucky plant. The emissions, which can be destroyed through incineration, are equal to the annual emissions of 566,000 automobiles. However, HFC-23 emissions from the Louisville plant could soon be a thing of the past.

In October, 2021, EPA required Chemours to use or destroy 99.9 percent of the HFC-23 it produces by this October. Chemours missed the deadline to complete the installation “due in part to supply chain issues” according to the EPA, which granted the company’s request for a 6-month extension. The company has installed and is now operating the pollution controls but is continuing to validate and optimize the system, Chemours spokeswoman Cassie Olszewski said.

Sulfur Hexafluoride: Sulfur hexafluoride (SF6) is 25,200 times worse for the climate than carbon dioxide, making it the most potent greenhouse gas ever assessed by the UN’s Intergovernmental Panel on Climate Change. Once released, SF6 remains in the atmosphere, warming the planet, for 3,200 years. The synthetic gas is used in high-voltage circuit breakers to quickly interrupt electric current. In 2021, American Electric Power (AEP) released 18 tons of SF6 from electric utility substations across 10 states, emissions equal to the annual greenhouse gas emissions of 99,000 automobiles. While AEP had the highest total emissions, Duke Energy Carolinas had the highest SF6 leak rate—6 percent of all the SF6 it used in 2021—a rate more than twice that of AEP.

Eighty-eight US utilities are part of a voluntary program that the EPA started in 1999 to help utilities slash their SF6 emissions. Duke Energy, the largest electric power corporation in the US based on revenue, is not a part of the program.

“We are certainly working to learn more about the group [and] are reconsidering our involvement,” Duke Energy spokesman Jeff Brooks said.

Methane from Gas Storage: The Petal Gas Storage Compressor Station vented 2,517 tons of methane from leaky compressors at an underground natural gas storage facility in Petal, Mississippi in 2021. Emissions from the facility declined by 49 percent from the previous year. However, Petal’s emissions remain nearly twice that of any other gas storage site in the country despite being a relatively small gas storage repository.

“We are continuing our methane emissions reduction efforts at Petal and across our system,” Jillian Kirkconnell, a spokeswoman for Boardwalk Pipeline Partners, said.

ICN provides award-winning climate coverage free of charge and advertising. We rely on donations from readers like you to keep going.

Methane from Landfills: Sampson County Disposal, a privately owned landfill in Roseboro, North Carolina emitted an estimated 32,983 tons of methane, more than any other municipal or industrial landfill in 2021, according to company data reported to the EPA. The near-term climate impact of the emissions are equal to the annual greenhouse gas emissions of 575,000 automobiles according to the EPA.

Joy Grahek, executive vice president of strategic initiatives with GFL Environmental, the landfill’s owner, said the company has taken measures to reduce emissions and that the models used by the EPA to estimate emissions are incorrect.

“We have implemented a number of different operational and engineered strategies to minimize fugitive methane generation at the landfill, including the use of impermeable cover materials, an extensive gas collection system to capture landfill gas, and flaring of the captured gas,” Grahek said. “The models are widely recognized as containing significant uncertainty and using the EPA Reports as a basis for ranking the relative performance of landfills in controlling fugitive emissions is inaccurate.”

Emissions estimates for landfills vary widely depending on which method operators use to calculate their emissions and may underestimate actual emissions by as much as “a factor of two.”

The EPA recently proposed changes on how to better calculate methane emissions from landfills.

Phil McKenna is a Boston-based reporter for Inside Climate News. Before joining ICN in 2016, he was a freelance writer covering energy and the environment for publications including The New York Times, Smithsonian, Audubon and WIRED. Uprising, a story he wrote about gas leaks under US cities, won the AAAS Kavli Science Journalism Award and the 2014 NASW Science in Society Award. Phil has a master’s degree in science writing from the Massachusetts Institute of Technology and was an Environmental Journalism Fellow at Middlebury College.