why UK researchers are striking 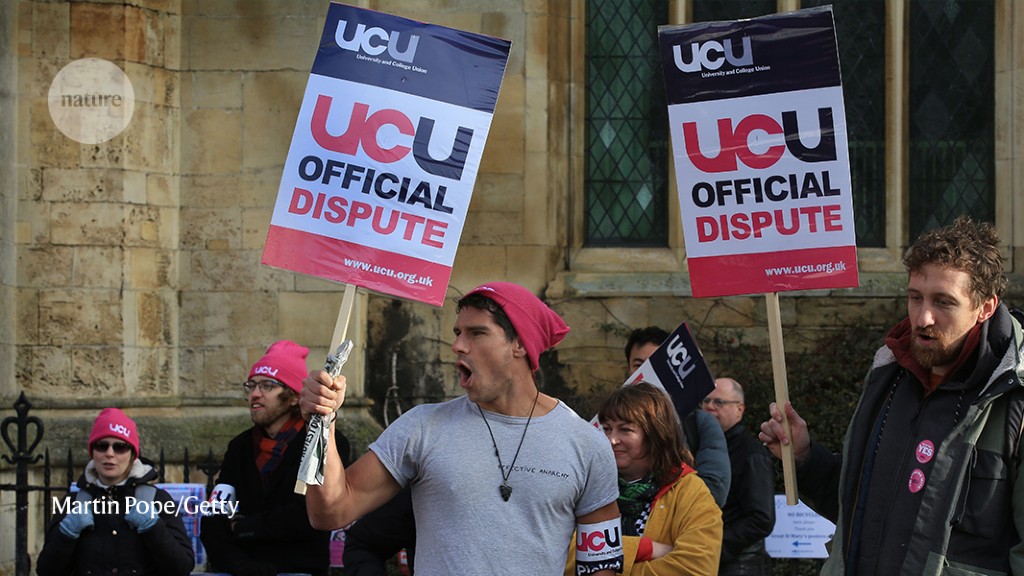 More than 70,000 academics and staff members at 150 UK universities began the largest strike in the history of higher education on November 24, in protest against poor pay, unsustainable working conditions and pension cuts. Among them are researchers who tell Nature that poor working conditions are eroding the future of UK science.

The industrial action comes after members of the University and College Union (UCU) voted in favor of the strikes in two national ballots last month. Since 2018, UCU members have gone on strike repeatedly to call for the reversal of pension cuts, and for better pay, more acceptable working hours and job security. 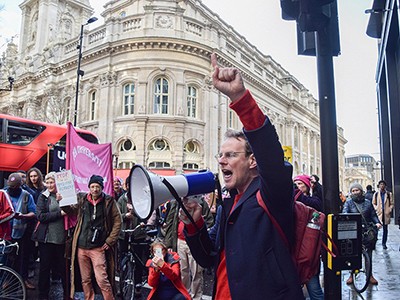 This time, strikers’ frustration centers on the 3% pay increase offered by universities for the 2022-23 academic year, amid a cost-of-living crisis and as inflation passes 11% in the United Kingdom. Staff also say that their workloads are dangerously high. UCU says that on average, university staff work two extra unpaid days per week, and that one-third of academic staff are on temporary contracts.

In a statement, the Universities and Colleges Employers Association said that the union’s demand for a pay rise of 13.6% is unrealistic and would cost institutions around £1.5 billion (US$1.8 billion).

The strikers also want universities to reverse a cut to pensions that took effect in April, which they say amounts to an average 35% loss in retirement income. The cut was made after a March 2020 evaluation of the Universities Superannuation Scheme (USS) reported that it had a deficit of more than £14 billion. But UCU says the deficit has since been resolved, and that USS’s June financial monitoring report revealed a £1.8-billion surplus. Universities UK, which represents employers involved in USS, says that even with the cuts, the program remains one of the country’s most attractive private pension schemes, and that monitoring reports are not comparable to a full valuation, which is a more comprehensive assessment of the scheme.

Nature spoke to three UK scientists about why they are striking this year.

‘A recipe for bad science’

While some vice-chancellors earn £500,000 and can claim expenses for all sorts of luxuries, our PhD students and staff are using food banks. They’re deciding which days they can eat, or which meals to skip. That level of discrepancy in one university is not acceptable.

At King’s, we’ve got a 15% gender pay gap, and a 19% ethnicity pay gap. There’s a real lack of commitment to changing that. How can we possibly have the best and brightest in terms of diversity of perspective and equality of access to universities, if we are not paying people the same? It’s a recipe for bad science and lack of innovation. The fact that we can all be on strike together means that it’s harder to ignore.

At King’s, student numbers have increased by 25% over the past two years. At the same time, we’ve had a 3.9% increase in staff. So, our staff-to-student ratio has gone bonkers, which has knock-on effects in terms of availability of our time and headspace to think about research.

‘The whole community is struggling’

I’ve been involved in strikes since I started as a university lecturer, and this should be concerning to senior management teams, because their behavior continues to stimulate strike action.

My research is primarily fieldwork-based. Excessive workloads have had a massive impact on it. At one point, I was doing twice the university’s maximum teaching allocation. And that translated to about 60 minutes a week for all of my postgraduate supervision, my own research, work publications, reviewing other people’s publications and so on. That’s unacceptable in a modern, research-focused university. 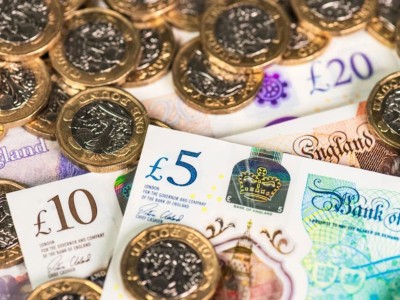 At Cardiff University, we don’t have a functional workload model. So, there is no central data on who is doing what, and this leads to dangerously high workloads that are not officially recorded. This is unsustainable. We’re calling for a dialogue so that we never have to strike again.

It’s easy to feel isolated when you are working on your own in the lab or in the field and feeling that you are not able to have a proper home life and research life because of the excessive workload. But to take time out during the strike and talk to other people in the same situation brings a powerful realization that we’re not struggling in isolation. We are struggling as a whole community of teachers and researchers.

Richard Harris, geographer at the University of Bristol

I don’t often go on strike. But I’m going this time for two reasons. This is the 12th year in a row in which the employers have offered below-inflation pay increases, which means the salary scales are getting less and less each year. They’ve offered a 3% pay increase, but inflation is about 11%. That’s an 8% pay cut in real terms, equivalent to losing one month’s pay.

Added to that is the pension cuts. We’ve had cut after cut after cut, and I don’t think it’s sustainable in terms of science in the United Kingdom, because people will and have already started leaving. Academia is becoming a less attractive job for PhD students. 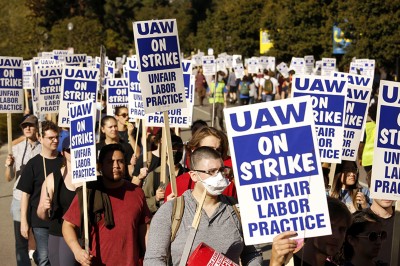 Thousands of academics strike in California: how is research affected?

I’m going to stop peer reviewing for profit-making publishers until the industrial dispute is settled, because it relies on goodwill and very little of it is actually paid. The wider academic system — and this includes publishing — relies on goodwill and on people doing things that are outside their contracts.

There’s no particular reason why an academic has to peer review a paper for a journal; it’s not in their contract to do so. The reason we do so is because universities are about the exchange of information and knowledge. But when you keep cutting people’s pay and pensions, that goodwill begins to dissipate.