Communication is part of Zamari Walton’s job as a cornerback, but in five years with the Georgia Tech program, he had never felt compelled to use his voice like this.

Before Tech’s defensive unit meeting on Tuesday morning, the redshirt junior strode to the front of the room unprompted. The feelings had been simmering in him since Saturday.

After the Yellow Jackets’ loss to Ole Miss, he knew his group had worked too hard to have its confidence fractured. They had too much talent to let doubt overtake their psyche. And they had too much of the season left to start questioning their goals, their abilities or their self-belief.

What followed was an impassioned sermon by the head coach Geoff Collins called “poignant, powerful, positive messaging” to his teammates. If any players were still shaking out the cobwebs from a 7:30 am meeting, Walton’s words quickly roused them.

“I felt that I needed to say something to the team. Just making sure we’re keeping our heads up. It’s still early in the season. We’re still that ‘Dark Side’ defense. We’re going to be back. We’re going to get some dubs for Tech,” recalled Walton, who recorded a career-high eight tackles against Ole Miss.

He implored his teammates to treat that morning’s practice with the urgency of a Saturday. And according to his head coach, they responded.

“When you have a disappointing performance, you’re curious about the mindset and the demeanor of the team when they come out to that first practice of the week,” Collins said. “[They] stood up and stepped up with their actions and their words, set the tone for the practice, set the tone for the week, and we’ve had two really good days of practice.”

Walton had already planned on approaching Saturday’s game against 2-1 UCF with laser focus (4 pm ET, Georgia Tech Sports Network from Legends Sports). The 6-foot-3, 185-pounder grew up in Melbourne, Fla., 70 miles outside Orlando. He has more than 20 family and friends planning on watching him at FBC Mortgage Stadium. Brokering for his teammates’ complimentary tickets had become a temporary side hustle inside the Georgia Tech locker room (unfortunately Walton’s most famous relative won’t be in attendance – a few years ago he learned he’s a second cousin of Brooklyn Nets All-Star Kevin Durant through his mother’s grandmother).

Walton even took unofficial visits to Georgia Tech and UCF on consecutive days in the spring of his junior year of high school.

UCF, he said, “was actually one of my top schools. Just trying to come back and be that hometown hero. I was excited about that, but Georgia Tech overrode that.”

“I’ve been thinking about it all offseason,” he added.

More pressing thoughts preoccupied Walton during the offseason. When a position group loses the majority of its starters from the previous year, it is natural to typecast that group as a weakness entering the season. Coming into 2022, the Georgia Tech secondary had to replace three starters and a nickel back who had combined for 127 career starts. It placed an outsized burden on Walton, the Yellow Jackets’ lone returning starter, to bring his unit up to speed.

Tech signed five defensive backs out of the transfer portal. They welcomed in three true freshmen. Returning players would be vying for roles. It could have made for a tricky dynamic. Depending on the personalities, competition can poison chemistry as much as it can foster it.

Walton knew he’d need to take a leading role in building bonds with his defensive backs. A three-year starter, his voice and example would carry weight.

He handled it expertly according to Collins.

“I think it’s the closest secondary we’ve had since we’ve been here. Credit to Zamari,” said Collins, who also gave praise to redshirt juniors Myles Sims, Derrick Allen and Jaylon King for their roles in building chemistry. 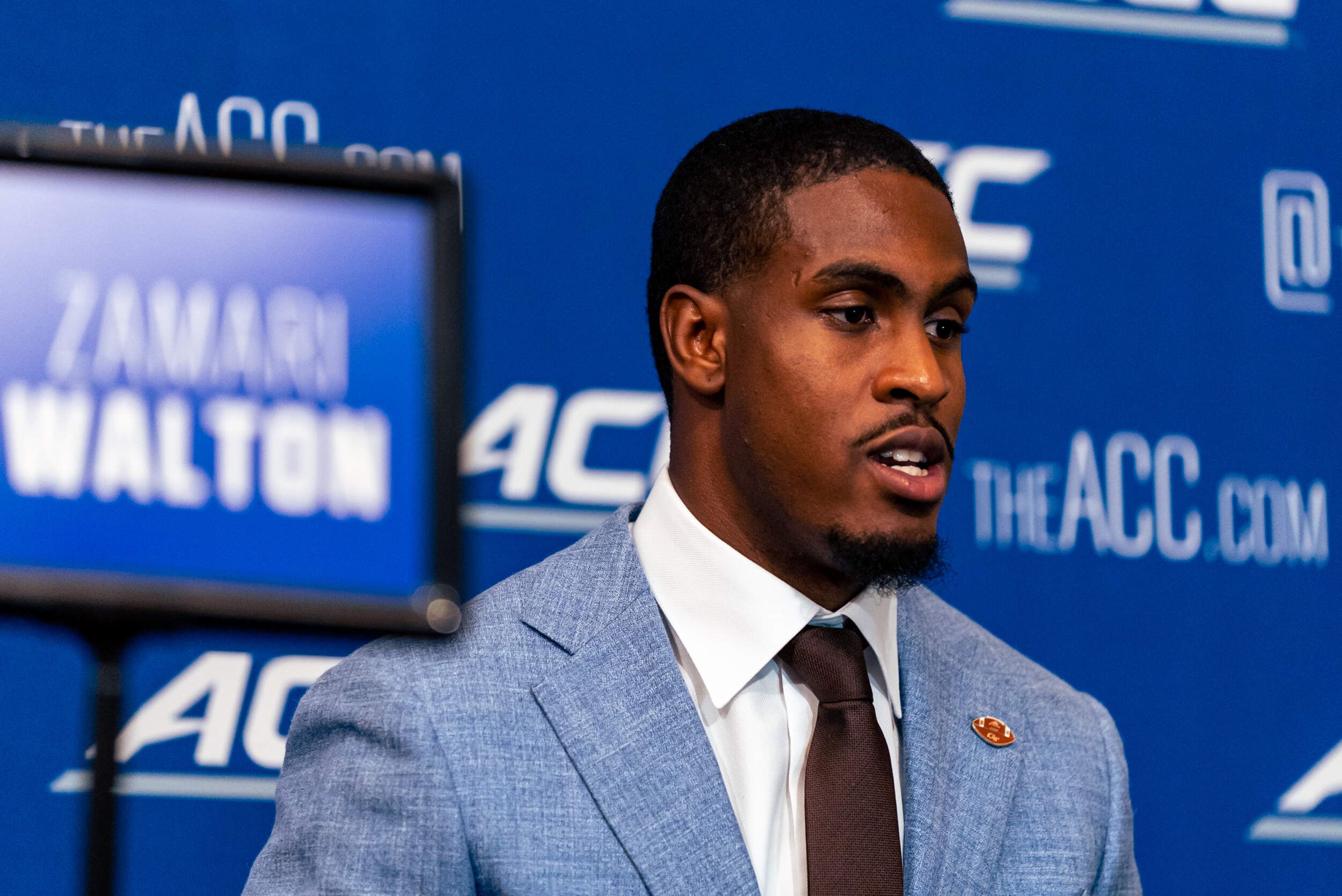 Walton says the secondary has also benefitted from another voice in the room: Travares Tillmanthe Yellow Jackets’ new defensive backs coach and a two-time All-ACC cornerback at Tech (1996-99).

“He’s one of the real guys in the coaching industry,” Walton said. “He knows what it takes. He has the pride. He’s been where we want to go. He played in the league. Everything we want to do, he’s done it. It reinforces everything.”

Tillman, in turn, has found a player who has set a strong example with his habits.

“He’s been really steady as far as the way he approaches practice, how he prepares for practice. In the training room, in the weight room – he’s always been a guy that takes things very seriously. And he takes it to the field like that,” Tillman said.

The secondary’s cohesion has also led to an immediate improvement in an area that had been a sore spot for them last season. In three games, the Yellow Jackets have already exceeded their interception total (4) from last year’s total (3).

That accomplishment may ring hollow in light of Tech’s 1-2 record. But as Walton reassured his teammates Tuesday, they still have all of their goals in front of them. They know their ceiling if they play to their potential.

By the end of Saturday, Zamari Walton will hope to look at the scoreboard at FBC Mortgage Stadium, confident that nothing more will need to be said.